Nobody cares but the Korffing Syndicate and his Mother. 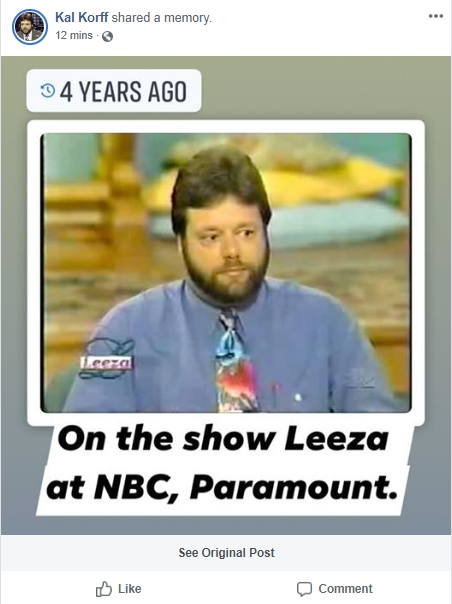 Won't somebody pay attention to me!!! 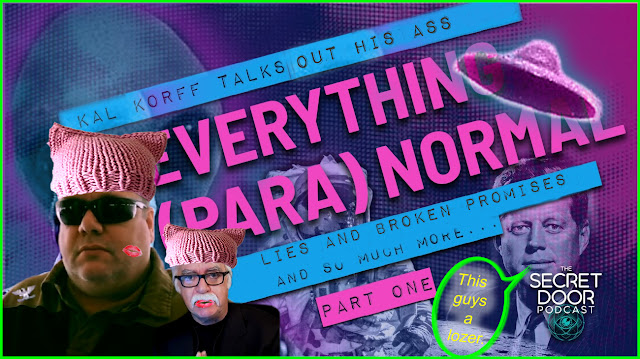 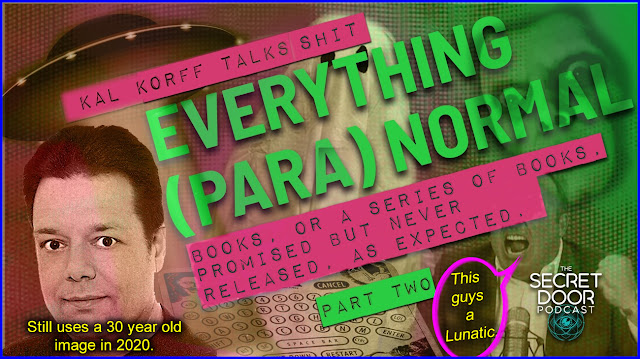 Art Levine hi, I don't know if I have them, but I'll try to find them. This is an image from the all day Roswell expose special MSNBC did that was also related to your articles. PLUS, Paul Colling, it was Art Levine who easily exposed Frank Kaufmann, the Roswell hoaxer, in fact Art called Kaufmann in print in an expose published in US NEWS and World Report, a "lying old coot." Kevin Randle was bending over backwards to defend Kaufmann at that time. Just an FYI. 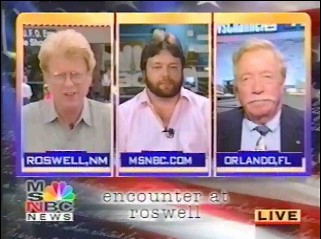 Kal Korff exposes the myth that Permafrost melting will spike global temperatures, additionally exposes two lies by Al Gore about global warming, then issues an open challenge to UFO researcher Richard Dolan to DEBATE the Roswell UFO crash case of 1947. A special TWO HOUR episode is being arranged for this debate, should Mr. Dolan accept this challenge, Rob McConnell has agreed to be the neutral host. This debate is being requested because people are asking for it, both Dolan and Korff will be asked to lay out their case so that the public can decide the issues for themselves. 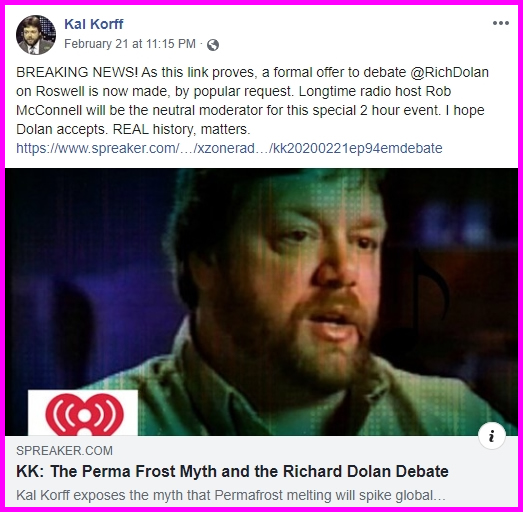 Art Levine: I am an independent journalist with no dog in this hunt and I was very impressed with Kal's research and I followed up on it for both MSNBC and US News. Nothing Fiedman said about his service related to Roswell could be confirmed and he was so obviously fabricating on the phone it was very shocked that he had been considered a credible witness for like 15 years or more.
Posted by Kal Israel at Wednesday, March 04, 2020 8 comments:

Kalvin Korff - Hater of the Gays 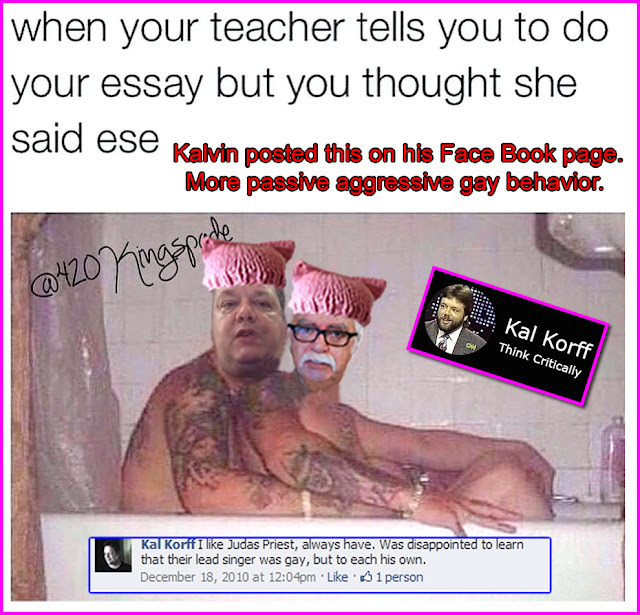 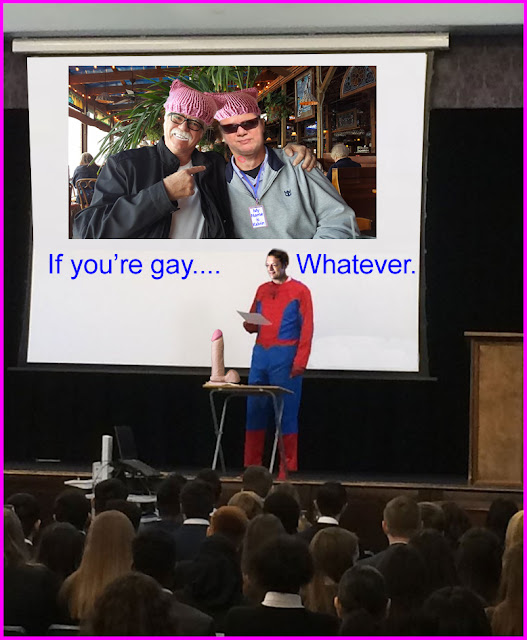 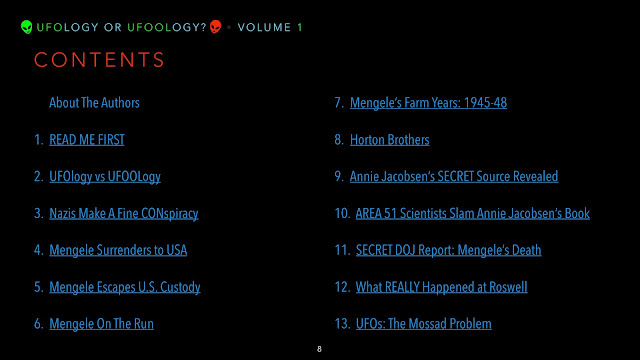 Kreepy does as kreepy knows.... 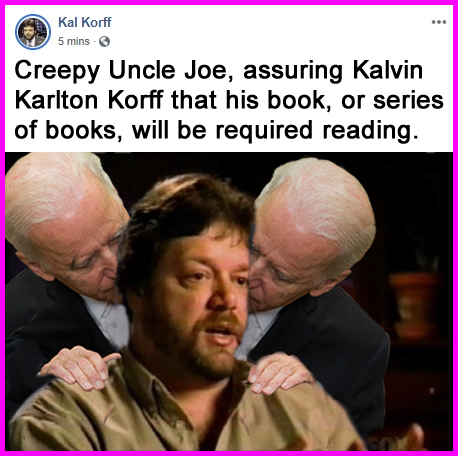 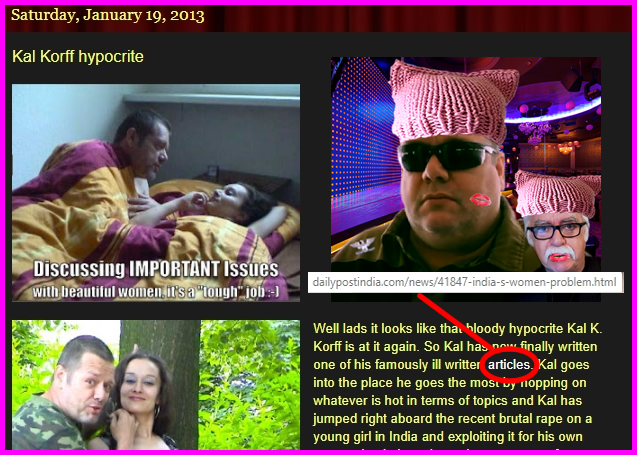 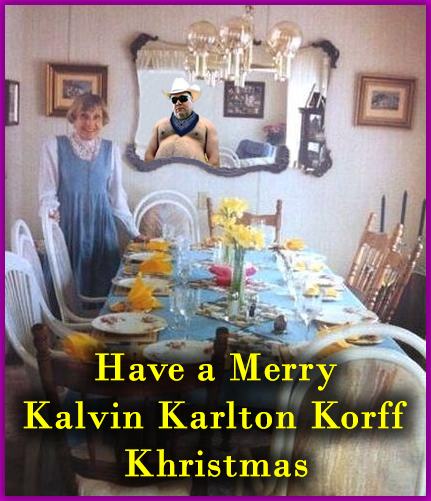 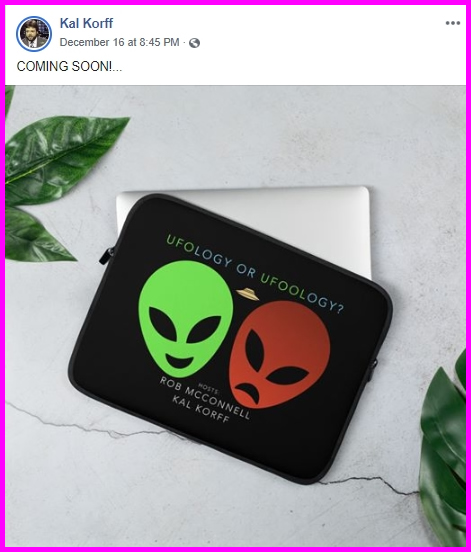 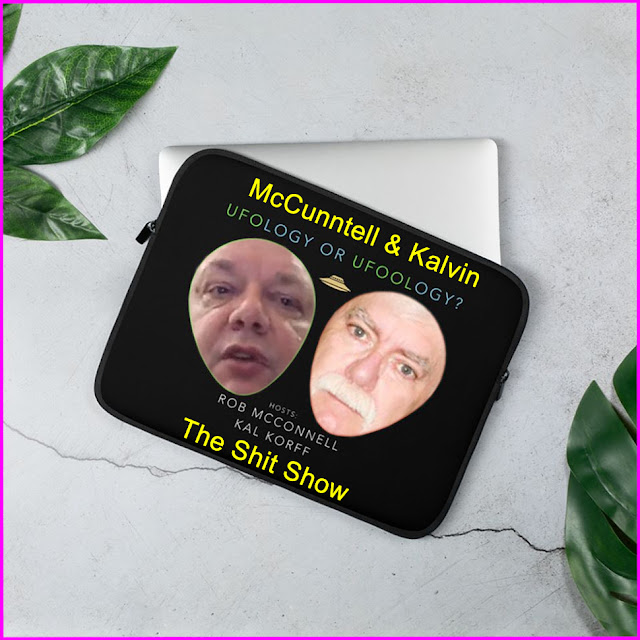