Where is the little lone nut these days lads? Where is the bloody little boner? What country is he off tromping and conning his way through? What ever did happen to the special secret services and all those agents from India??  ahahahahhhaaaahahahhahaaahaahahahhahahaha!!!!!!! 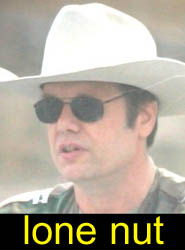 September 4, Tuesday, 2012; The Syndicate launches the Kal Israel Face Book page, http://www.facebook.com/kal.israel Immediately over 100 people ask to be friended, many of these people are already friends with the real Kal Korff. Kal Korff blocks the Kal Israel profile from his profile within the first week of it's launch. Kal Korff continues to run away and to not face his own demise.

March 04, Sunday, 2012, a few days before the Korffie Leak web site was launched, not coincidentally, 3 days before Korff’s 50th birthday, Korff sent a threatening e-mail (using the same anonymous e-mailer that he used to send his last threats to Don Ecker) to a member of the Korffing Syndicate. As expected, 7 months have elapsed and nothing ever came of the threat and the web site was launch. This threat was also the last threat Korff sent to anyone associated with the www.kalisanidiot.blogspot.com or the Korffie Leak web site.

You think your ILLEGAL AND FRAUDLENT website about me, which is full of FALSEHOODS AND LIES is going to stand?

I have been patient and tolerate of your HATRED of me for quite some time but the gloves are now off!!!!

YAWEH help you for what I will do to you. I did NOT rise to Colonel by playing NICE. I did not get trained in Israel because I am timid.

Your cover is BLOWN and the wrath of G-d shall come down upon YOU and your whore family.

EVERY SINGLE PERSON involved in your little website, YOU, Ecker, Underwood, ALL of you are going to pay a HEAVY price.

As I speak now several Indian based agents are headed to the airport to pay you all a VISIT. My contacts at Interpol have provided me with ALL
your locations.

YOU DO NOT FUCK WITH SOMEONE LIKE ME AS ROYCE AND OTHERS HAVE PAINFULLY DISCOVERED.

Over the past 7 months since the Korffie Leak web site was launched, Korff behavior changed in a very dramatic manner. Now vanished from the internet; the personal threats, the promises of legal actions, the iPad’s for Peace scam, the nano-dust claims, the braggadocio rants about his super secret and world changing missions as a fake solider working for a fake secret service, fighting on all fronts against terrorism and consumer fraud. Gone, evaporated, like that history and behavior never happened.

The truism here is that it never did happen in our reality-based world. Yes, Korff traveled to the Pakistan border with vials full of air, he traveled to India to fight in paint-ball battles and to pose as a fake Colonel passing himself off to the unsuspecting as a man of honor and importance.

Korff spun his wheels for over a decade trying to regain the minor celebrity he enjoyed for a short time as a child and adult before the age of 40. After the Korffing Syndicate stopped playing with Korff; poking at him to get him to react, we focused our efforts to prove beyond a shadow of a doubt that he is a lair, a fraud and a thief. Korff’s response to this information release…

Poof, all gone, never happened, nothing to see here but the Korff Man-Child wishing it all away. The internet never forgets. The Korffing Syndicate will forever be vigilant; monitoring Korff’s behavior and keeping the world apprised of his actions.

Korffing Syndicate
Posted by Kal is an idiot at Monday, October 08, 2012 36 comments: