Kal K. Korff: I was at this event in 1984 and remember it very, very well. It was during this time and in the preceding days up to the launch that I got to see and meet and observe Steve Jobs very well and up close.

I'll never forget it. Meeting him changed my life, I decided to abandon a career in law enforcement and forensics I was pursuing for an eventual degree in Criminal Justice, and switched to IT instead.

Apple and Jobs have helped change the world, as one of their Think Different commercials famously and accurately said, "They help push the human race forwards."

Korff admires Jobs so much that he stole an Apple-owned video and inserted himself into it. Thief. And of course, let us not forget that Korff had just returned from Moscow as he fought terror, all by himself, a lone rogue agent, left to his own devices to fight the bad guys... NOT! Liar. Nanodust would make it's appearance 30 years later, among other bat shit crazy claims.

Here we present the frame before and after Korff inserted himself into that Apple commercial while the voice-over says, "We see genius."

we see a fraud. we see a liar. we see pure evil. 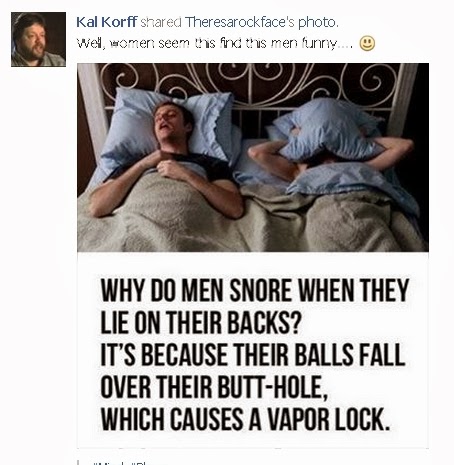 Less "loopy" than stealing valor and posing as a ranked member of a fake secret army.

Korff and Good... does not compute, asshole.

On his Linkedin profile page, Kal K. Korff shows his limited brain power (and decades old and heavily Photoshopped and enhanced image) by listing himself as both a current and former employee of his “media giant” (based in , of his one-man juggernaut and many years defunct web site.

Keep in mind that this profile is Korff’s current profile, not his former profile.

If you want to see the truth, the image that Korff
should be using.... 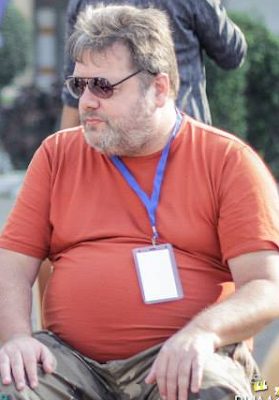 Well well well if it isn't everyone's least favorite military impersonator Kal K. Korff looking more dumpy than ever!  So how did you spend this New Year's eve "kernel" Korff? Did you trade in your tshirt and camouflage pants for some real clothes that adults wear? Likely not. You probably spent the evening wondering around dreaming up your next scam or personality to foist upon the unsuspecting in whatever foreign country you need to flee to next after you've burn all your bridges there in India.

Happy New Year to you Kal you pathetic twat.

A sincere Happy New Year to all the lads who have made this blog shine a light on Kal and his nefarious doings!!!!!!!! Keep it up chaps!!
Posted by Kal is an idiot at Wednesday, January 01, 2014 18 comments: