WAG FaceBook Update – Korff’s been off FaceBook for 7 days, and here he comes again, promising a TV show on his trip and then using the death of someone who is actually somewhat famous to ride that person’s accomplishment as he trolls for attention.

Kalvin says he feels numb. I know from personal experience, Korff has no feelings.

Kal Korff : Hi everyone. I am very sorry, please accept my sincere apologies, for not being online these last few days. I had to unexpectedly travel across India. I am now back and several thousand kilometers later, will be putting together a TV special on the trip I was honored with to travel all the way to near the Nepal border to document.

While I was away and unable to have a decent Internet connection, I learned of the passing of one of the greatest men I have ever known, former Apple/Claris CEO William Campbell, "Bill" Campbell, who was always an inspiration to me.

I will NEVER forget the impact he had on me and others. To be around him was truly inspirational, legendary in fact. Like Steve Jobs, a very good friend of his, he had that aura of incredibleness that is indescribable. You had to be there to appreciate it, and I am forever honored to have been there.

I will also NEVER forget the time he honored me and called me on the stage at an all employees meeting at Claris Corporation, where I worked for 6.5 years, (Claris was a software subsidiary of Apple, I was on the HyperCard software development team, the ancestor to what is now today the Internet, as well as in other positions such as Tech Support), and he honored me because a customer had written him a letter thanking me for the tremendous support I had given solving a really obscure technical problem. I will always be humbled by the fact that he held me up at this meeting as a living example of what distinguished Claris and Apple from every other company.

Bill was always approachable, and always let you know what he thought. It is going to take me some time to recover from this loss, I feel numb.

A living legend, he was humble, always honest, a man of incredible integrity and loyalty that Steve Jobs and others always appreciated and will never forget.

I will NEVER forget what it was like to work under him, to talk to him, to bask in his light. For he had that aura of incredibleness that as I say, you had to be there to experience it.

I know that I share the grievous loss my fellow Apple/Claris employees, who LOVED working for "Coach" -- Mr. Bill Campbell. 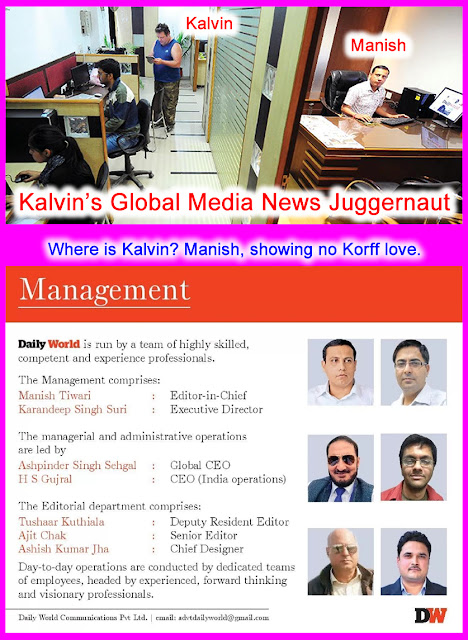 We throw 2 thumbs way, Way, WAY up to the work of the Korffing Syndicate. Kalvin Karlton Korff pokes his nose into another Facebook group and those members start posting our material to highlight Kalvin's lunatic behavior. 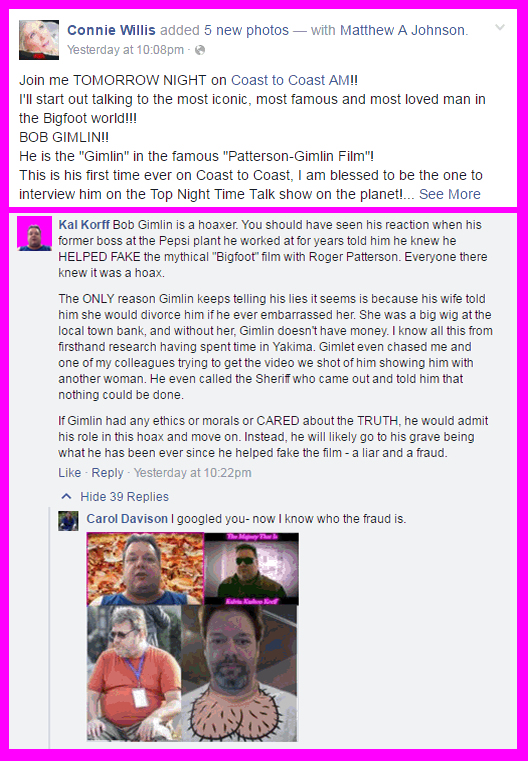 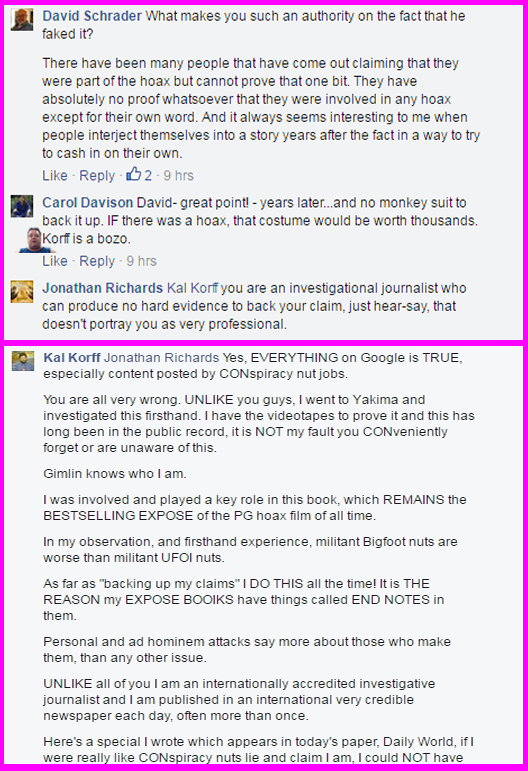 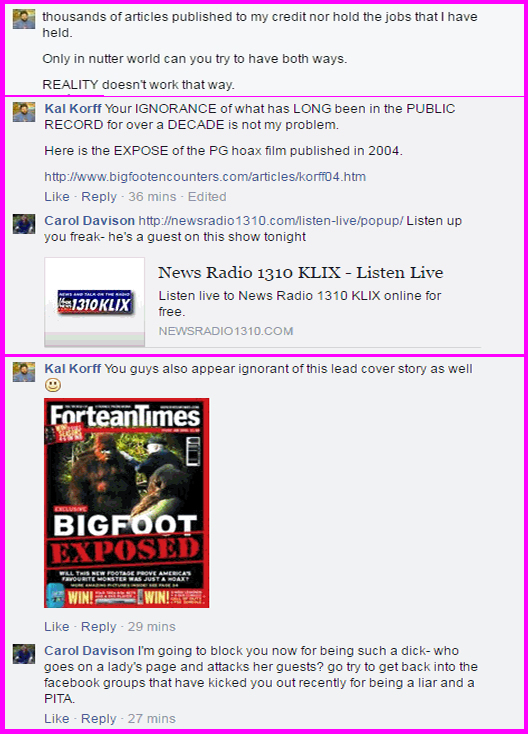 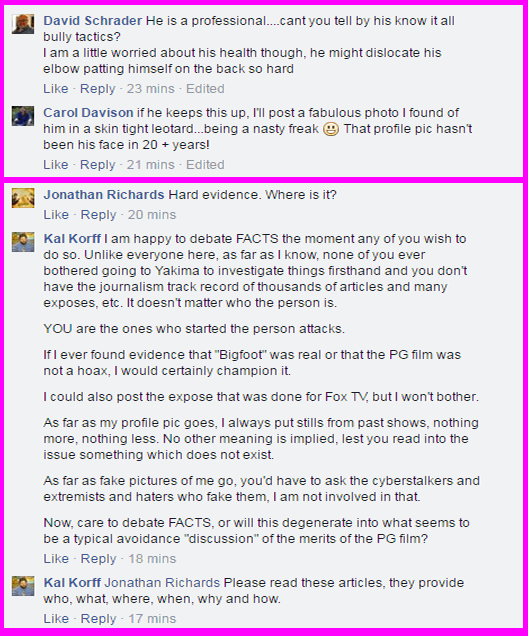 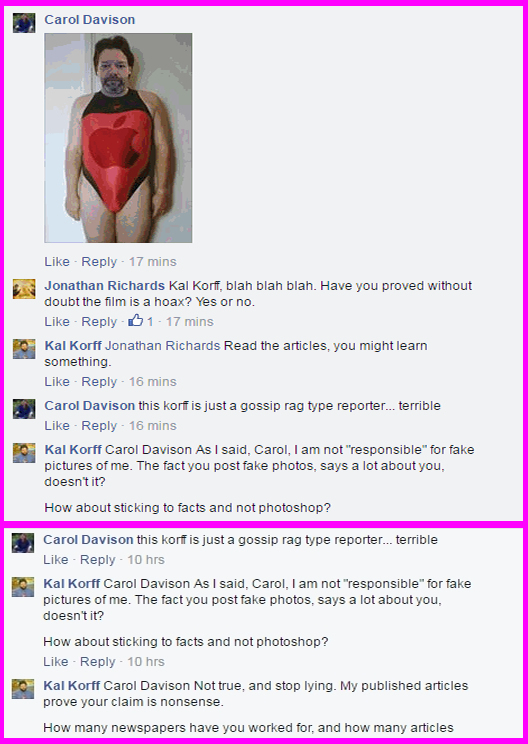 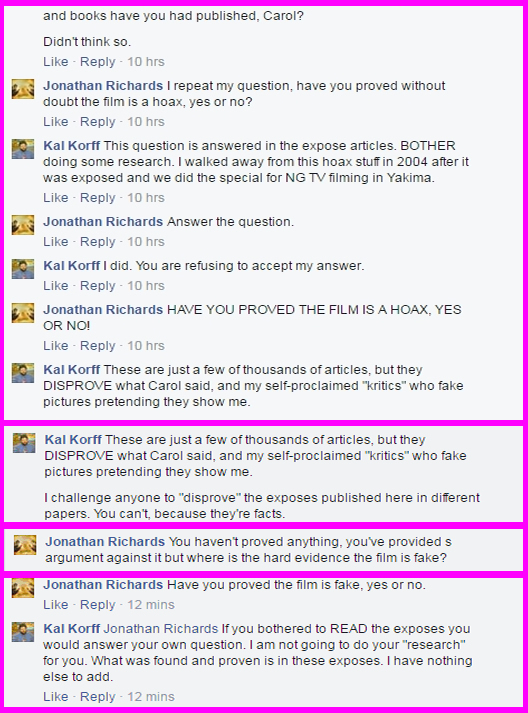 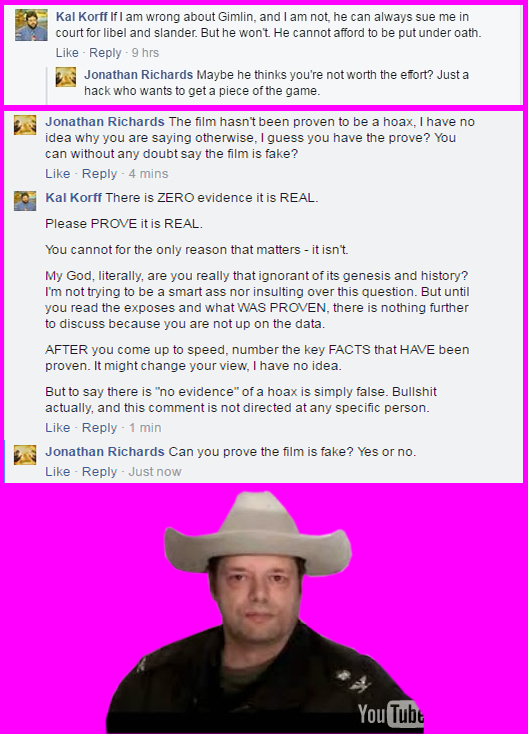 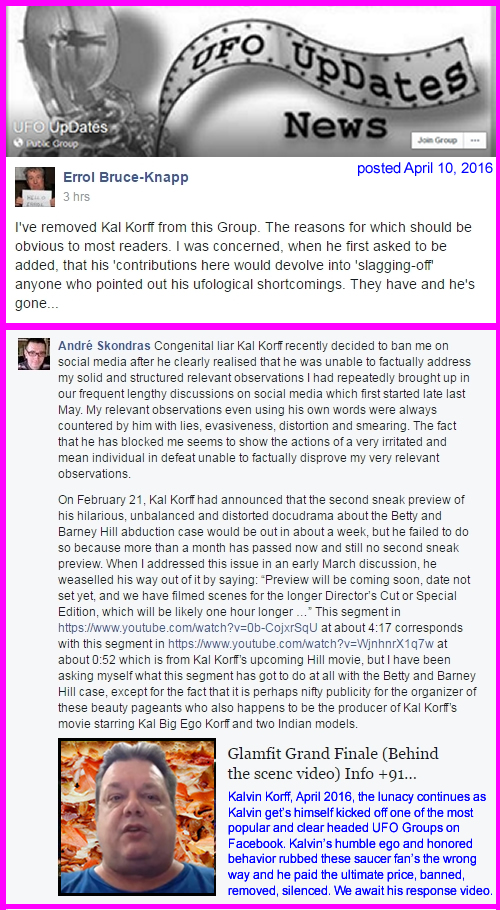 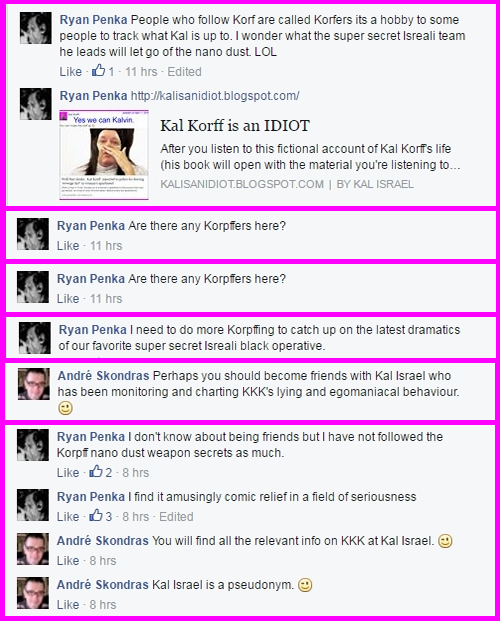 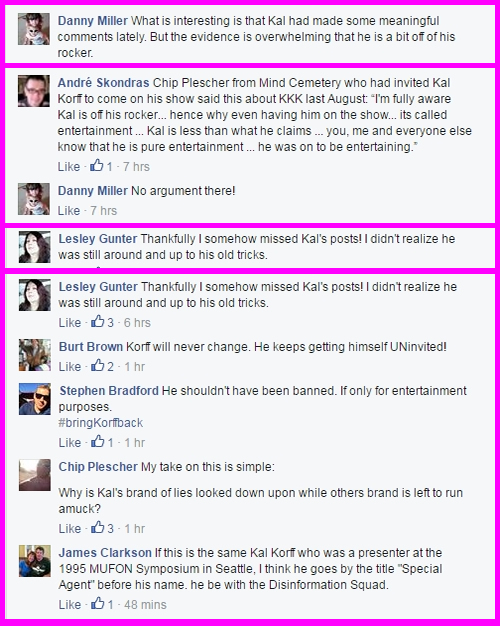 In September 2015 Kal Korff made the following remark:

When I addressed this issue in an early March discussion, he weaseled his way out of it by saying:

“Preview will be coming soon, date not set yet, and we have filmed scenes for the longer Director’s Cut or Special Edition, which will be likely one hour longer …”

Most of you, probably, have already seen the 1st preview which was hilarious. This segment below at about 4:19


corresponds with the segment below at about 0:52


which is from Kal Korff’s upcoming Hill movie, but I have been asking myself what this segment has got to do at all with the Betty and Barney Hill case, except for the fact that it is perhaps nifty publicity for the organizer of these beauty pageants who also happens to be the producer of Kal Korff’s movie starring Kal Big Ego Korff and two Indian models.

Korff recently decided to ban me on social media after he clearly realized that he was unable to factually address my solid and structured relevant observations I had repeatedly brought up in our frequent lengthy discussions on social media which first started late last May.

My relevant observations even using his own words were always countered by him with his usual lies, evasiveness, distortion and smearing. The fact that he has blocked me seems to show the actions of a very irritated and mean individual in defeat unable to factually disprove my very relevant observations.

This situation reminds me of email discussions with a Belgian UFO debunker several years ago, who continuously made all kinds of irrelevant and baseless remarks which I was able to rebut each time relevantly and factually (= realistically), in the end he sent me an email informing me he didn't like discussing with me anymore and asked me to remove him from my (Belgian) list which I did without hesitation and without losing any sleep over it. He was just pretending that he knew it all, but when one looked closer at his theoretical statements they simply vanished into thin air. 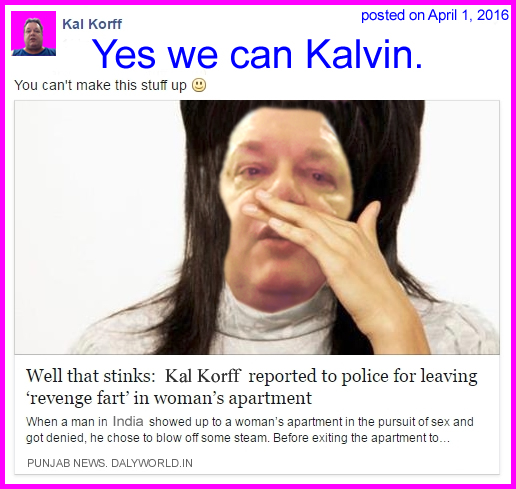