Kalvin KNOWS the name of his stalker. And yet, the videos, the audio, the images, the Facebook page, the YouTube page, the Twitter page, the Google Plus page, the Blog and the web sites.... kontinue for over 10 years. Who's lying... 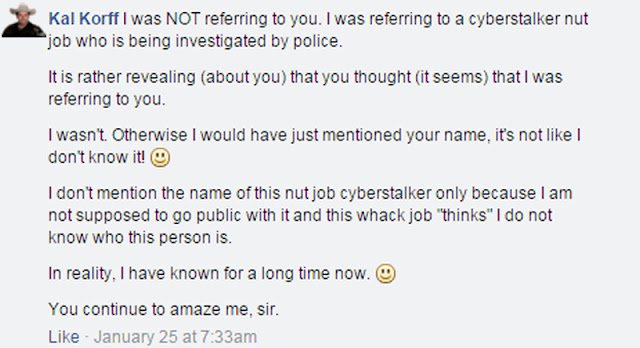 Thanks for monitoring our work Kalvin 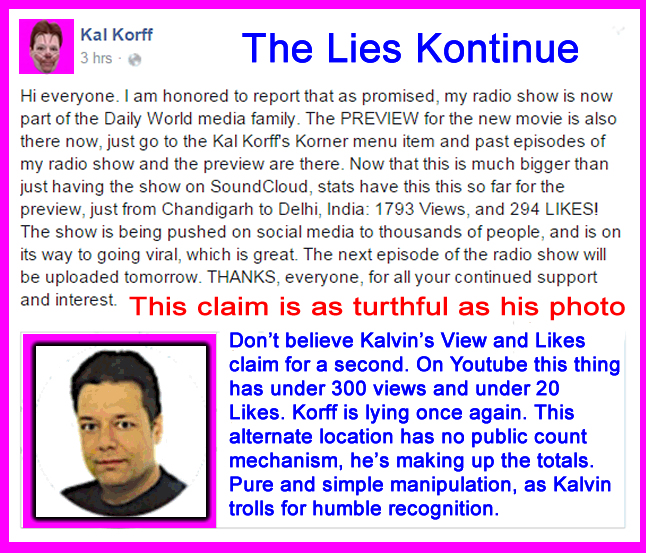 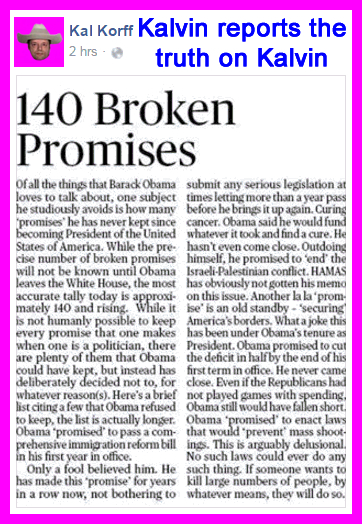 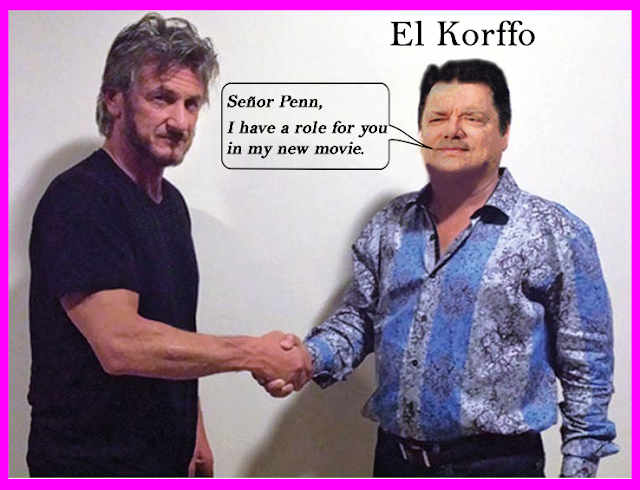 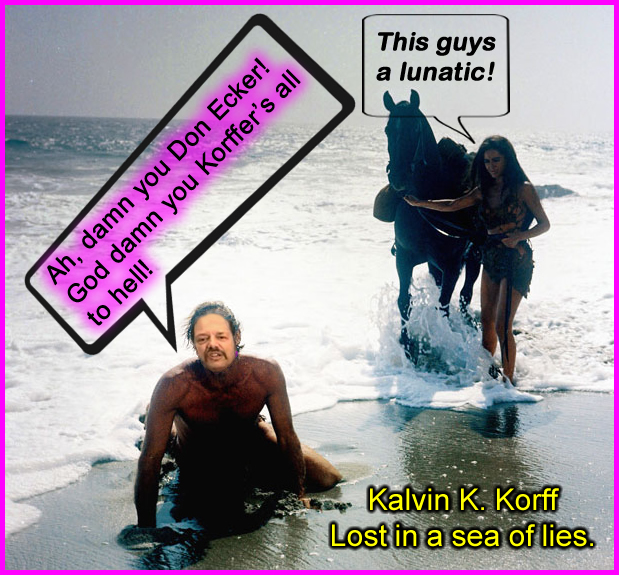 For those of you who use Facebook, please check in with Kal Israel's FB page. He's added some amusing material to his page. Friend him if you haven't already.
https://www.facebook.com/kal.israel
Posted by Kal Israel at Wednesday, January 13, 2016 53 comments:

Here's the lastest lunacy of Kalvin K. Korff. Kalvin is blowing up in the same fashion that he did circa 2008, and we're loving it.

First up, Kalvin makes the claim that his new Media Giant has nothing to do with his old Media Giant, no connection at all. 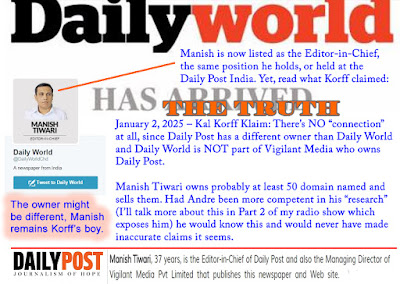 As of January 10, this Global Media Giant hadn't post
any new news or material since December 31, 2015. 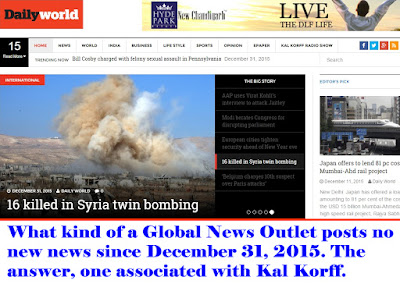 And this, just in.... the noose on the lies tightens 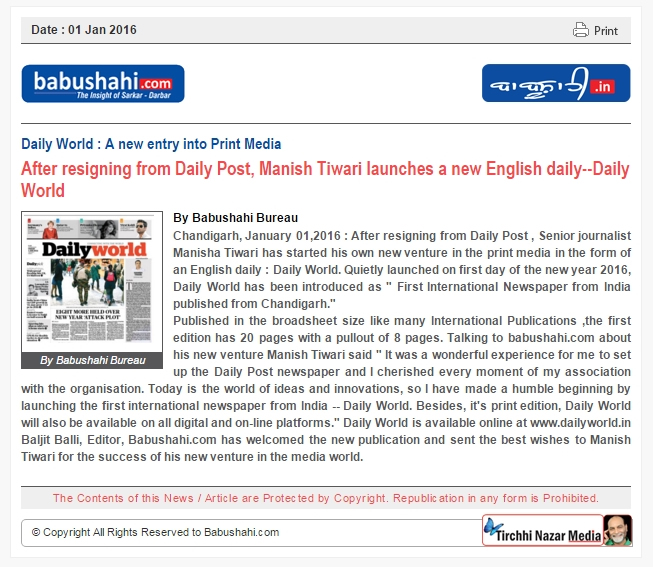 Next Kalvin made the announcement that he would be pulling his monologues from soundcloud and he would now be posting them on the web site of his new Media Giant:

Of course, we know that Kalvin is annoyed with that fact that the Korffing Syndicate is downloading any and all media and data Kalvin releases and, at the time of our choosing, will edit this material to reflect the truth and for the entertainment of Korffer's around the world.


Just a warning; if you do have the interest (and time) to listen to this monologue, take care, Kalvin's ego is full steam ahead. Kalvin states that he isn't bothered by his haters and his kritics (of which they total in the ones and 10's) and yet, Kalvin continues to create monologues to rally against these people, monologues that routinely attract less than 100 page loads per "show". A person not "off his med's" might ask, "Why bother?" Indeed.

In this new monologue, Kalvin mocks Stanton Friedman's career and most incredulous, he mocks Stanton's education, lashing out in an ego fueled rage to say that he, Kalvin Korff, is not impressed by a Phd's or Masters degree's... Once again, Kalvin lies. 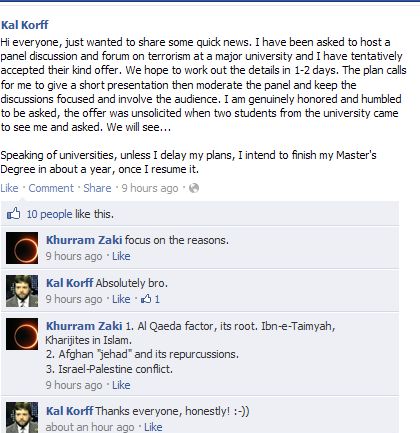 And of course, we present our video trailer to Kalvin's planned and promised "movie" which Kalvin claims to have wrote, directs and stars in:


To close out, Kalvin has self-penned and posted yet another bio in the Kal's Korner section on his new Global Media Giant's web site:

We post it here as well, for if history repeats itself and we're sure it will, Kalvin will remove this bio, change it, etc. 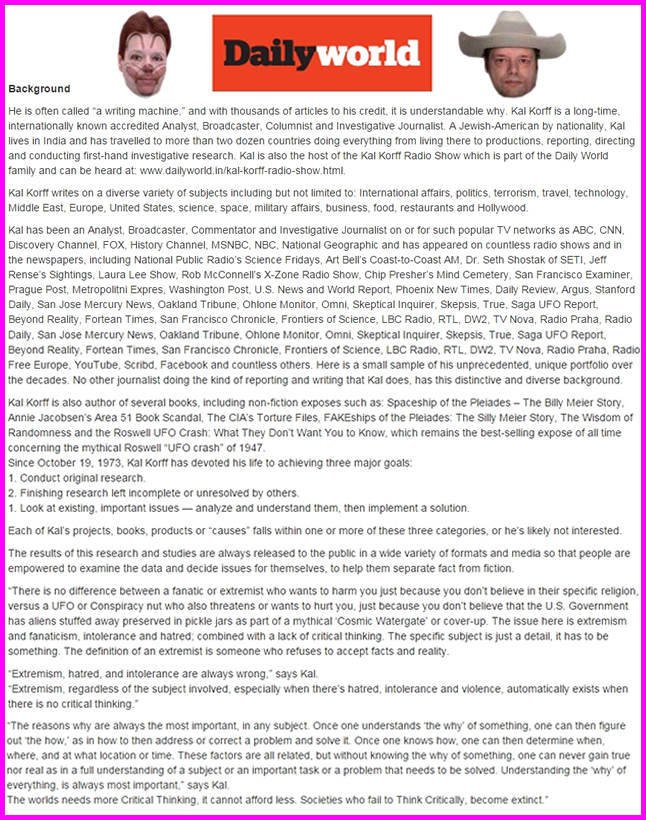 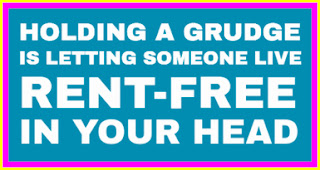 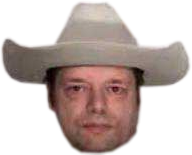 The Majesty of Korff

and with help from his beauty pageant peeps...

Not to be outdone,
The Korffing Syndicate produced their own...

Korff crows about 207 views the day after he released his "work", The Korffing Syndicates total is at 8,872 and counting. Kalvin's epic failure kontinues. 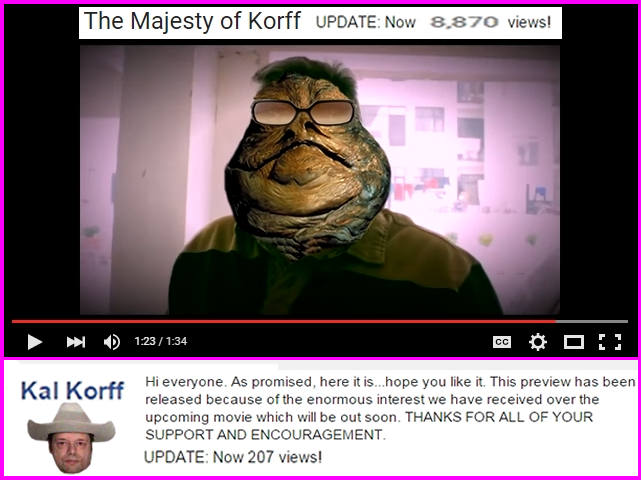 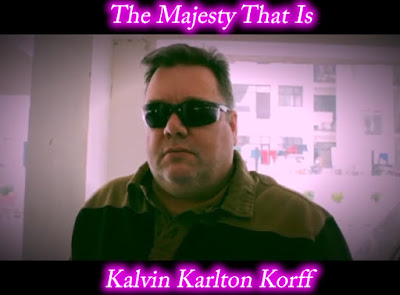 You remember way back in the mid 2000's when Kal Korff started using the name Martina Tycova as he passed her off as his Super Model partner in fighting consumer fraud and terror of all kinds.

Korff even bought and paid for her website URL. That was then, this is now.

Welcome to the 3rd Korff URL we now control. Keep watch Kalvin, you only have one left. 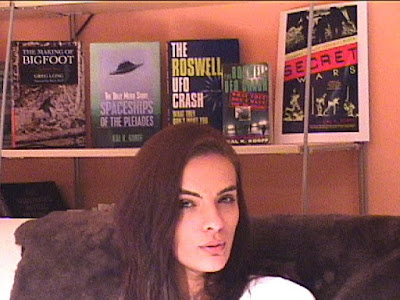 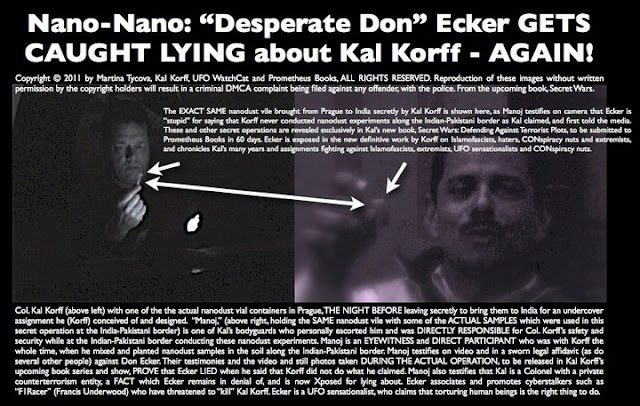 
NOTE: Korff removed the download button from his soundcloud account. Much like Korff claiming that he inserted code into his "articles" which he "writes" for his "media giant" that would hide the articles from his haters and critics but not from the general pubic. Korff assumes that by removing the download button that the files cannot be downloaded. Wrong.

In this episode Korff calls out Andre because Andre will not make a bet with Korff, as bet which would result in Korf getting a free trip to Europe. Funny thing, Korff was offered a free trip to debate Kevin Randle and Korff declined. In any case, Korff talks about nanodust and other things.

The long of the short of it; Korffer's live rent free in Korff's head. 10 years on and Korff continues to spend his time talking about Don Ecker and his haters and critics.

Web Site Blog - True ~ Monitored by anyone other than Korff - False 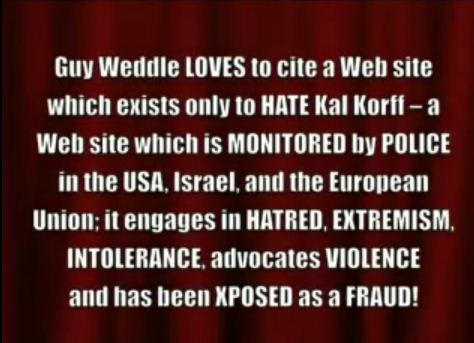 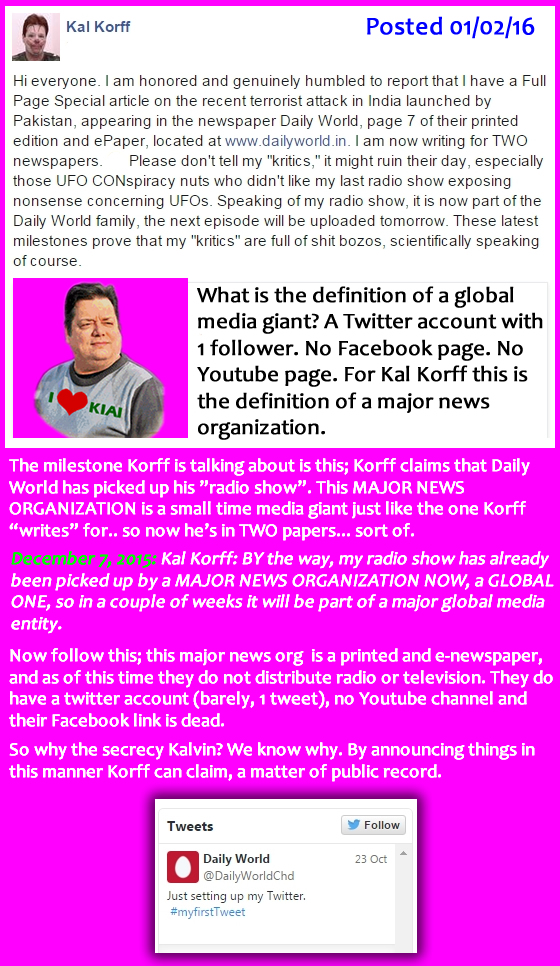 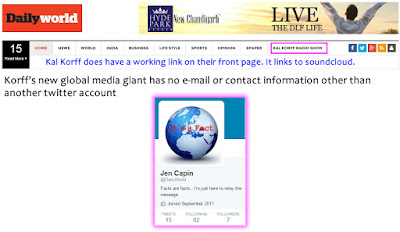 https://twitter.com/DailyWorldChd (1 Follower)
Their Facebook Page is down, broken or doesn't exist. (0 Likes)

And what of Korff's other media giant?

Speaking of Korff's media giant, here's some homework for any Korffer's willing to go after some information.

Ask Korff's boss, Manish if he's down with Korff swearing like a sailor on social media and in his "shows" while doing a public shoutout to Manish and his company. 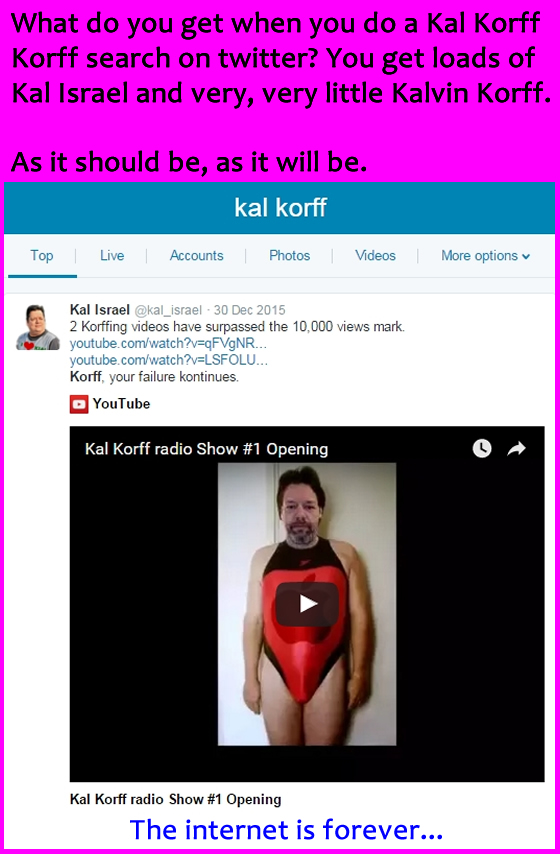