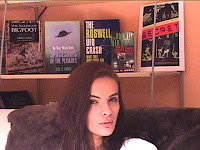 We may never know but what we do know for sure is that Korff did not want the Korffing Syndicate to get a hold of this web site URL and add it to www.ufowatchcat.com and www.freekurtis.org; URL's Korff once "owned" and then let slide, only to have the Syndicate take them over and expose Korff as the lying fuck that he is.

On June 19th, Kal K. Korff re-registered the martinatycova.com URL for another year. Why? There's simple no other reason than he’s afraid that we will register it and use it as we see fit. Also, Korff hasn't done anything with any of the URL's he still has charge over:

None of these URL's have pointed to a working web site in over two years. You can find more information regarding this issue by clicking this link.

Also, you can find interesting Martina information here... Things I didn't know like; she was the Executive Producer of the never to be produced or published UFO WatchCat MAGAZINE, she was a founder of Korff's never used "think tank" CriticalThinkers group, she worked with National Geographic TV to produce a never to be finished or broadcasted one hour special exposing the infamous Roger Patterson 'Bigfoot' film as a hoax.

Regarding this URL and the information Korff used to register it.

Please keep in mind that Korff can be turned in for using fraudulent information when registering this URL. The company makes it clear that a registrar must use real and current personal information or risk the removal and lose of his URL claim.

Kal Korff does not live in the CZ; we can prove this by informing the company that he works for the Daily Post India, backed up by the "articles" he posts on his scribd page, that he lives in Chandigarh, India, and that he lives there with his Punjabi wife.

You can send in a complaint at this link.

Here’s the information Korff used to register this URL.

UPDATE: We have a grand update to publish very soon. It seems Little Kalvin is not happy to be receiving the same type of "coverage" which he gave to other people. He’s not happy that people are following him and posting and reporting on his life with such fervor and focus. Tough shit Korff, you get what you deserve.

Stealing from a kind, gentle, elderly philanthropist - or at least (as he sees it) robbing him of his honor.

Way to go, you piece of dung.

Why not take this opportunity, publicly, to say sorry?

Obama is So Jealous of
Kal Korff!

Keep alert Korffers! Kal K. Korff is going off the deep end again, and we love it!

June 20, 2013: Kal K. Korff: The US Government wrongly thought I was not in a love marriage and worked to break it up that day.

Kal K. Korff: I have a personal and true story to share about the US Government, US Embassy in Delhi, India, further down in the posting I include the details. Bit first, there's this point:

The Obama administration has no shame. They lie all the time. I really don't like saying this, but it's true. Here's another example. Just look at the hypocrisy in John Kerry's statement here. After he says the usual party line, which is not true by the way, that we "Welcome" , he says, "It's one that demonstrates our firm belief that a strong is in 's national interest. The not only welcomes as a rising power; we fervently support it."

FACT: Yes, we "support" so much that we SPY ON THEM the MOST out of any country after , and . Those three are the top three because of Islamofacsism and terrorism.

We then spy on because of ECONOMIC reasons. American businesses (which control both the Democrats and Republicans" FEAR the rise of because once gets its infrastructure act together, it will surpass even . is years away from doing this, and it is happening FASTER than and wants.

's middle class is larger than the entire population of the . With 1.25 BILLION people, the only thing holding back , is at this point.

The NSA spies on via its Pine Gap center in . After WW II Great Britain, , , and essentially divided up the world into a grid of "spheres of monitoring" and have been spying on more things around the world and sharing intelligence together than anyone else.

FACT: I have personally witnessed American "welcoming" of and its two faces. I have seen in person American Embassy personnel outright abuse and mistreat several Indians, I have an Inspector General complaint against the Embassy for doing it.

If you are ever in India and want a nice distraction from shopping malls, just stand in front of the US Embassy and start asking the thousands of Indians there about their personal stories and how they have been treated both fairly and unfairly.

I plan to run a series of stories about such abuse in the future, right now I continue to interview scores of people and getting documentation.

We are , we are supposed to be "better" than this. Unfortunately, we're not, and the way Embassy personnel misbehave on behalf of the U.S. Government and will even lie outright to your face, is wholly disgraceful.

Let me give you just one example, it's part of the IG complaint I have: A US Embassy worker by the name of Sally Brown (that's the name she uses, do not know if it is real), once showed my Punjabi wife photos of FIVE WOMEN she said that I had slept with!

My wife RECOGNIZED TWO of the women and KNOWS that I was NEVER with them, and even if I was, it is MY business and NOT "the business" of the Obama administration.

And people wonder WHY I cannot support this corrupt leadership?

One of the photos was of a woman I HAVE NEVER EVEN MET!

It's hard to have sex with someone you have never even met and who lives in another country.

But obviously not according to the US Embassy. After all these were Democrats, and the most famous Democrat in modern times swore he "did not have sex with that woman," and we all know that he certainly did.

My complaint with the Inspector General covers some 43 abuses, one of which is this incredible act of stupidity and deception Sally Brown (if that's her real name) engaged in.

I couldn't make this stuff up, wait til the rest of the story comes out....I am putting it all in the new book, in Volume VI, including emails between me and the Embassy proving all of this.

The US Government wrongly thought I was not in a love marriage and worked to break it up that day.

They failed, and it is ultimately none of their business.

How do you "defend" this Obama supporters?

Want to do a Korffing on this claim, here's some helpful information.

Email: acsnd@state.gov
Email is the best way to reach us for routine inquiries. We read every message.

If you are calling outside of normal business hours and there is an emergency involving a citizen, ask for the "duty officer."


* Kal K. Korff makes a promise, breaks that promise and ultimately lies and manipulates a person he doesn't even know! LINK

UPDATE: We forgot that Korff has family in Iowa (this girl lives there) and this girls last name is the kind of name that one might see in the CZ. So, Korff might know this girl, Korff might even be related in some way to this girl but, in the end, Korff had no intention of EVER attending her graduation party. So, Korff lied once again.

* Kal K. Korff lives in , good luck with that. LINK

* Kal K. Korff, only person who LIKES his two (not 50 as claimed) books on Face Book pages. LINK

* And a handful of new Korff Face Book posts.

Lastly, here's Korff's latest "article". Because of the work of the Korffing Syndicate, this blog, the web site and the youtube channel (new info on Korff's youtube activity to be posted soon), Korff has little to no internet privacy either. And that's the way it should be and the way it will stay. 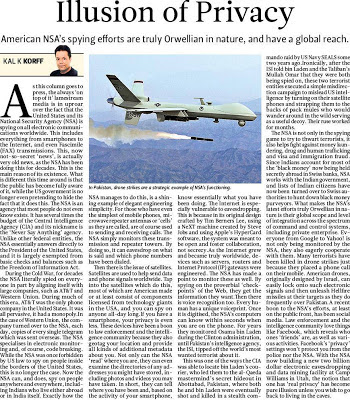 So Kal you fat buffoon, why are you hiding? 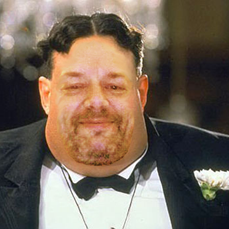 So tell us Kal whatever happened to your top secret organization that had millions of dollars? Do they pay unemployment? You're likely taking it all out in food stamps you slobbering dolt. Special secret Services my arse you bloody nut. One would think that if your IQ was so high you would have figured out how quickly everyone would see through your childish ruse. Did you realize Kal that your ramblings were so out of control and that you had been finally caught in so many lies that you chose to run away like you always have? Stay under your rock Kal. the world is better off without scum like you.
Posted by Kal is an idiot at Friday, June 07, 2013 16 comments: