Take a good close read at this Face Book posting Korffers. This, from a syndicated journalist, employed by a “media giant”, while on leave from giving away iPads for Peace and throwing nano fairy dust amongst the terrorists.

Kal Korff: Last night, I had the genuine honor of being a judge again at an official beauty contest, this was for Mr. and Miss Northern India. Yes, two Indians won this event as well.

Other than my tripping as I went up on the stage when asked, (everyone got a laugh out of it, including me), where the winners were crowned and we also gave out awards to some of the runners up, the event was a huge success and it was packed, there were no more seats available and people at the restaurants on the sides were also looking in.
There were some very talented people there, I'll try to post some images and maybe some video later.


I'm looking forward to being a judge again in another upcoming event.

This claim should come as no surprise to anyone paying attention. The Miss World Contest was just held on September 28, 2013 and the winner of the contest was a, wait for it, a very beautiful woman from... India. What a perfect opportunity for Korff to ride the carpet, rise the Indian flag and make a feeble attempt grab some Face Book vetted headlines.

but the fact remines, Kal K. Korff is a liar so we will just wait and see if he posts any photos and video and even if he does, he will is still lying in some way, we are as sure as the sun does rise over India that Kal K. Korff is lying about this as well.

We have an answer from the people and organization who handle all of these contests, worldwide. Because of this release, we predict that Kal K. Korff will indeed release stills and video showing him at some kind of beauty pageant of some sort… or not.

To Whom It May Concern,

I am hoping you can assist me in some research I’m doing for an article. A Mr. Kal K. Korff is claiming that he was a judge or helped in some way with something called the Mr. and Miss Contest. He claims to have been called to the stage and while on the way up the stairs he tripped and that got a huge laugh, etc.

Can you confirm or deny that Mr. Korff attended and was in some way presenting and or involved in one of your contests on or around the date of September 29th, 2013.

Mr. Korff is located in and he is employed by the Daily Post - http://www.dailypost.in/

Thanks you most sincerely,

Deny
This is a lie.
Sent via BlackBerry by AT&T

Thank you very much for the timely response. Getting this right is very important, as you have recognized.
Posted by Kal Israel at Monday, September 30, 2013 14 comments:

Kal Korff: Obviously size cannot be "everything" because and (the smallest) have the LARGEST populations!

I live in . I assure you that rape is not "legal" (four rapists were just sentenced to death a few days ago) and that there is a minimum legal age for consensual sex in just like the . There is a difference between laws as written versus people who choose to ignore laws.

If I applied this same standard, then mass killings in the by military grade semi automatic weapons would be considered to OK. Of course, it's not. And I am American.

What I have seen in is that their culture is more conservative (not so much among the youth however) than the older generations, that is to be expected.

Many Americans consider themselves to be "liberal" or that we have liberated sexes, but compared to , Americans are practically Puritans. I spent a decade also in Europe, much nudity is everywhere and it's "no big deal" whereas in the it's OK one minute (when pixelized) but a "scandal" if it's during the Super Bowl. 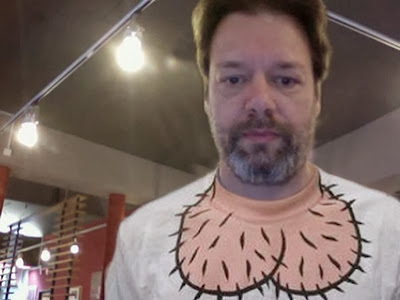 "Evil can only
succeed when good
fails to do its job."

Kal K. Korff's writes a new "article" regarding the 12th year after 9-11. Nobody cares, nobodies reading this "article". But we did notice the photos... the photo above, from two decades ago, and the other photo below, from a decade ago. And the lying continues. 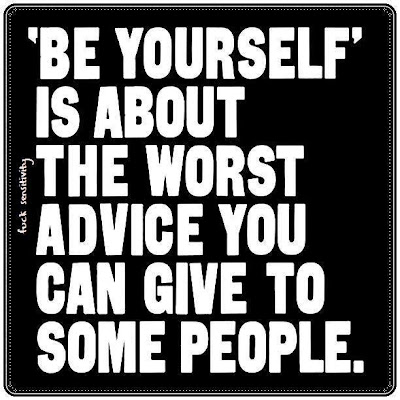 Kal K. Korff posted this image on his locked down Facebook Wall on September 2, 2013.

Korff has never been "himself". Korff has always been on the make, telling lies, committing fraud.

His end game; to be honored and humbled by his own actions, his own words.

In 9 years Korff will be 60 years old; a back biting, vicious little 60 year old man-child with no country, no family, no friends, no genius son and 60 years of failure to look back on.