Korff Countdown to a Lifetime of Failure

As we close out another year of Korffing, the Korffing Syndicate presents a graphic display of the days, weeks, months, years and DECADES which has passed since Korff made some of his most outrageous and egregious lies and claims. We could add another 100 count up clocks but we think the point has been made.
Time doesn't lie, Kalvin Karlton Korff does.


PS, Santa in a Floppy Hat is readying his first video appearance since March 10, 2012. 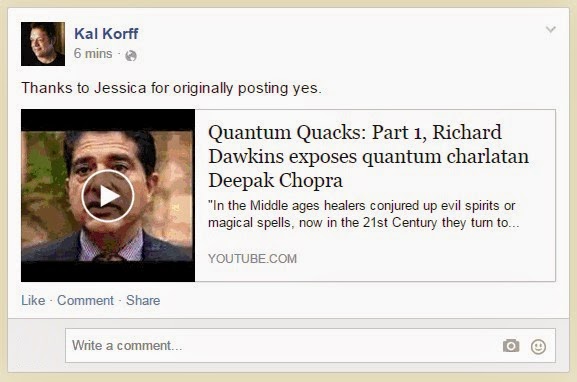 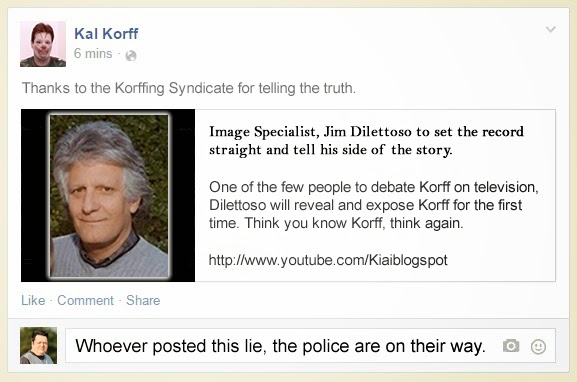 Can You Say Failure...

Kalvin Korff posted this on his Facebook wall on November 17, 2014

The Korffing Syndicate rights this wrong... 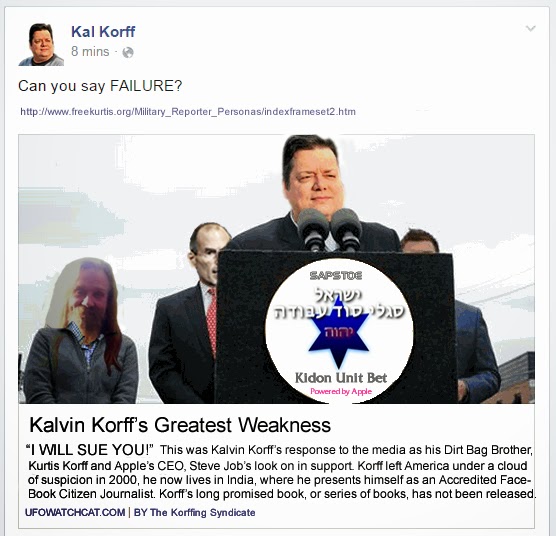 The book, or series of books... worth $2000! Someone on Amazon has offered a seller $2000 for a copy of Korff's unreleased book. We've sent a message to the seller, asking for proof that he has the book and that we might pay even more if he really does have the book.... Please don't forget to read the "reviews" on this book.... LINK - Korffing is fun.

WAG FaceBook Update - Get a load of this Korffers, Korff posted this link via his uber liberal high school teacher. All Korffer's know Kalvin Karlton Korff knows English like he knows low calorie foods, Korff does know falsehoods... lies, false claims, call them what you will, Kalvin Korff equals; failure. 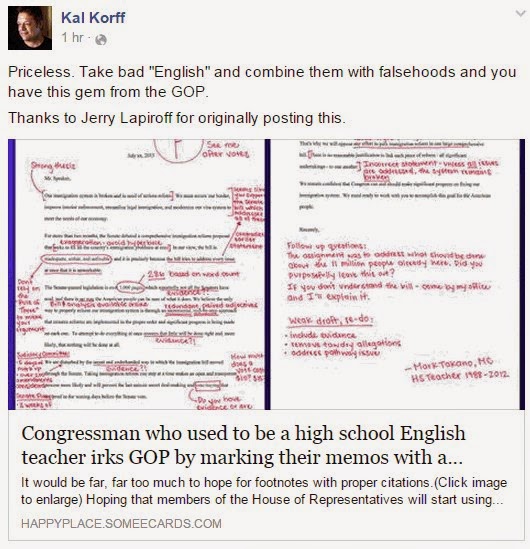 WAG UPDATE
Korff posted this on November 25, 2014. No mention by Korff regarding his lie that he was part of the OJ prosecution team. Korff lied about this. Read the web page for the facts. 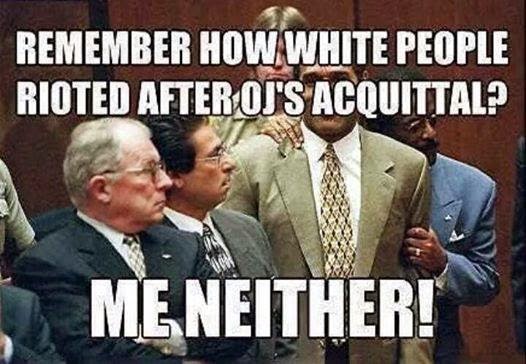 How dare they question the Korff! 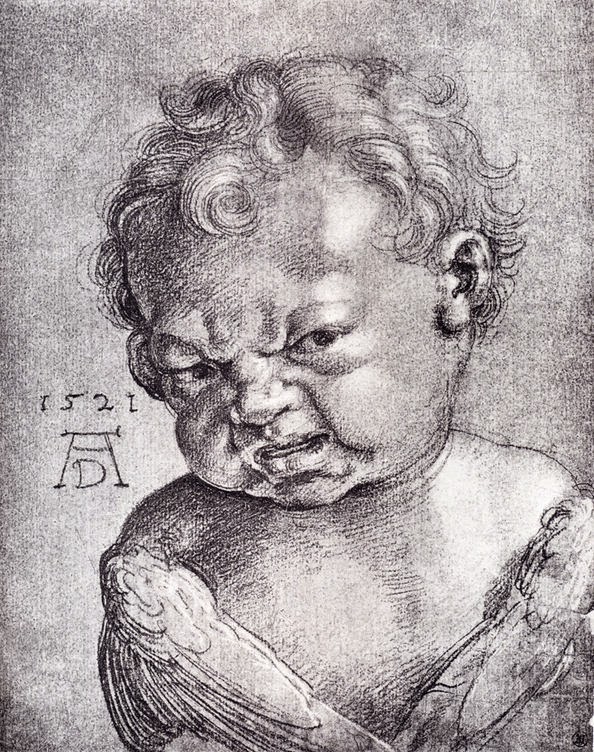 Kal K. Korff started out as a 13 year old boy researching UFO’s. Because of this out of the ordinary behavior (not many teenagers study the subject, they’re too busy playing sports and video games and trying to get a date), the adults in the field gave Korff attention simply because it was cute to see this cherub faced little dweeb sitting at their feet full of enthusiasm. After Korff wrote his pamphlet on the Billy Meier case, these adults put Korff on a pedestal, they started to ask him the questions and for his opinion. Bad move...

The positive side of Korff’s behavior only lasted a few years; low self esteem and a fractured family put Korff on a reactionary path. When people questioned Korff's theories and claims, Korff would lash out. On a few occasions, Korff did go head to head in a debate but for the majority of the time Korff would fight back via the internet; threatening to sue and to get people fired from their jobs, anyone who dare question his results.

1. Going after Royce Meyers III simply because RMIII moved Korff from his Hall of Fame (for writing a critical book on the Billy Meier case) and then moving Korff over to his Hall of Shame because Korff started making outlandish claims and threats. RMIII questioning Korff’s claims regarding Korff’s Dirt Bag Brother’s legal troubles was the last straw for Korff.

2. Calling Kevin Randle a coward for not debating him on the Roswell Case. Another case of fully lunatic behavior. Korff backed out of many debates in the mid to late 2000’s. He always had an excuse. The difference here; when Kevin Randle and Big Don Ecker would call Korff out on this kind of behavior, Korff went ballistic. How dare they question the Korff! How dare they!

3. Stealing the identity of a Southern California lawyer to threaten Don Ecker with litigation. This example more than any other shows the over the top lunacy of Korff. Korff must have known that Don Ecker would contact this lawyer (located right in Don’s back yard) and ask him, “Hey, what the hell is going on?” Don did, the lawyer didn’t know, Don went public, Korff went quiet.

The point of the story… Korff reacts when the facts go against him. He manufactures drama, fueled by emotion and blinded by jealousy and rage, banging out e-mails so fast he doesn’t give his actions a second thought. More proof; look at the videos Korff pulled off the web after even he saw the lunacy on display. Little Kalvin must get back at Ecker, Randle, RMIII and anybody else… for what?

For taking their own research and that of the Korffing Syndicate and going public to prove that Korff’s full of shit, a pathological; cyber bully, liar, and a shit bird prone to making grandiose claims and threatening people when it doesn’t go his way? 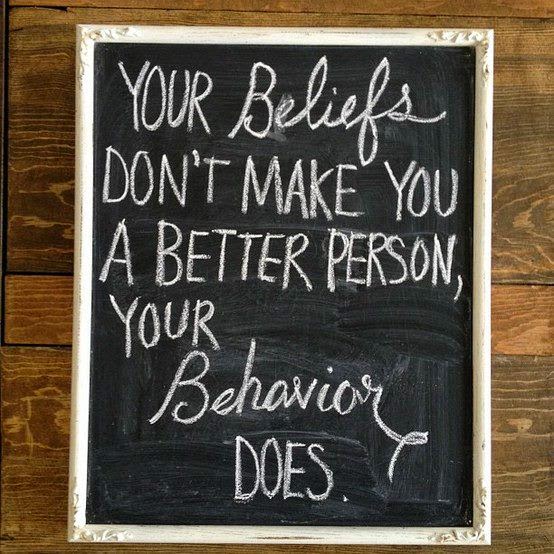