Kal you continue to make yourself out to the utter ass you are. First you are a journalist and then a colonel and then you are a syndicated columnist and an accredited journalist and now you're some sort of adviser or military correspondent. Kal you make promise after promise and never fulfill them.

Where does it end for you Kal? When does a dumb pathetic twat like you finally reach the point and say that enough is enough with all the bloody lies? You keep getting caught in your own lies all the time Kal. Is the end for you being tossed in a mental hospital? Getting kicked out of Prague or arrested there? You always promise the end of everyone else and promise to leave the lives of those who expose your pathetic lies in ruin.  But somehow ALL OF THESE PEOPLE are still around exposing you. How is that Kal? How is it you never come out on top but always come out the fool?

I'd bet pounds to pence that Kevin Randle has had many people pissing themselves laughing over his telling of you Kal.  It has been over 4 years now Kal so where is that audit you stupid cunt?
Posted by Kal is an idiot at Friday, November 25, 2011 47 comments:

Kal K. Korff LIES when he says he is the A-Bomb kid!!

Kal Korff has NEVER built a functioning atomic weapon of any sort and is LYING when he claims to be the famous a-bomb. The REAL a-bomb kid is a truly brilliant lad and not some bloody lunatic like Kal. Kal steals valor and then decides to steal a story that never happened to him!! Kal K. Korff IS NOT the a-bomb kid!!!! Just stop this nonsense Kal. There's this thing called the interne and people can find out all about you! Pull your head out of your arse Kal you stupid kunt.
Posted by Kal is an idiot at Monday, November 21, 2011 45 comments: 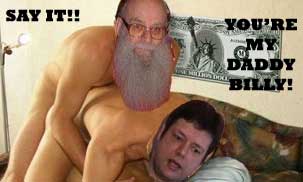 Looks like we are all on the same rail again lads with Kal back on yet another threat of legal action against flying saucer people. Kal is at it again promising legal recourse coming soon against this Bill Meier chap. They are both fruity to me. The only difference I see is that Bill chap has more fame that Kal has managed to achieve in his dubious career. That and Bill looks like he has much more money than Kal will ever have. What a sad state of exisence Kal must have to be topped by a flying saucer guy. ahahahahahahahahahaha

Someone sent me an email about Kal's inability to reproduce Bill's flying saucer films and that Kal has latched onto this Phil Langdon chap because Kal FAILED to do any sort of recreating of the motion films made by Bill. This lads is Kal's usually way of doing business by attaching himself to a topic and using the work of others and then him claiming some expertise. Bullocks!

Now Kal is back to using the same old nonsense about lawyers and the FBI and prosecution of this Bill chap all of which Kal has been claiming since last century. Yet lads there is no action on Kal's part other than Kal opening his triple large mouth and trying to get attention. We all know Kal likes to impersonate lawyers and military people and has been pretending to be someone of import for a very long time. The truth has come out about Kal ovr the years and now Kal has gotten a taste of his own dishing. Kernal Korff FAILS AGAIN!!!!! ahahahahahahhhaaahaah!!!!!!!!! 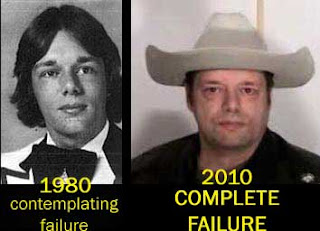 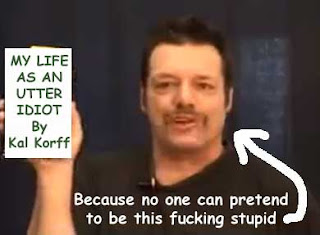 So that cunt Kal K. Korff thinks he is some sort of expert on the assassination of JFK. The record never lies and Kal is AGAIN EXPOSED USING HIS OWN WORDS!!! ahahahahahahahahahaha Lads we all know Kal is a major fuck up but it always amazing to see just how big of a fuck up he is and how amateur his "research skills" really are. Read this bit posted here on the blog.

The first time I heard of Kal Korff was when I
saw a video he had done called “Final Verdict: JFK’s Murder Solved!” My having personally studied the JFK assassination for over a quarter of a century and having bought and read through a complete set of the 26 volumes of the Warren Commission and studied the findings of the House Select Committee on Assassinations, I wanted to know just how Kal Korff had managed to do what no one else had done, including two Government inquiries. Rather than to go into great depths of the fiasco pertaining to Korff’s video on the Kennedy case – I’ll just share a quick example of his inability or a lack of desire to learn the subject matter before making definitive
claims about something.

In the opening minutes of the ‘Final Verdict: JFK’s Murder Solved’ video … Korff mentions a little girl in “red pants” who is seen on the Zapruder film. Korff then gives her name as Linda Kay Willis and tells us what she said about the shooting. Linda Kay Willis had testified before the Warren Commission. I should tell everyone that the girl Kal Korff is talking about seeing on the Zapruder film was Rosemary Willis, not Linda Kay Willis. Rosemary is Linda Kay’s sister. Rosemary did not testify before the Commission, nor did either sister have on pants during the Kennedy assassination. Korff was in error because he did not know his subject matter well enough before trying to appear as an authority on it!

ahahahahahahahhhhaaa!!!!!!! There you have it lads! The work of "accredited investigative journalist" Kal K. Korff. hhhaaaahhaahaahahahahahahahahaa!!!!!!
Posted by Kal is an idiot at Tuesday, November 15, 2011 19 comments:

Are Kal's viles vial or are they vial viles or vileness? 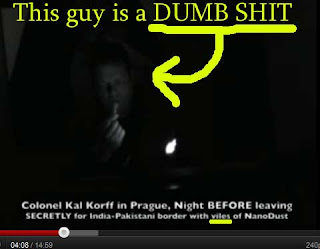 And on with the latest from our good friend FN who continues to EXPOSE the LIES of Kal K. Korff............

Why is Kalvin Karlton Korff responding to this blog?

Assumption: Kalvin is responding directly to this blog because he hopes that the people who continually poach his Face Book Wall might finally become so annoyed with his lies that they will break their silence and confront him directly on his Wall.

Outcome: This will not happen. Korffers are too smart to fall for this grade school trick. Kalvin amuses us far too much to pull the plug on one of the best outlets we have to keep tabs on Kalvin and right the lies on a daily basis.

Editorial: You see Kalvin, the worst thing you could have done was to join Face Book; and that was in a childish response to F1 Racer making a fake Korff Face Book page, so sweet.

The second worst thing was to try and foist the phony SYNDICATED ACCREDITED INVESTIGATIVE REPORTER JOURNALIST lie upon the “open” world.

Telling your lies on youtube and that pathetic template web site was bad enough, but somewhat closeted; doing it on Face Book, and then telling a lie so easily checked upon with a simple Google News Search has been your undoing.

Keep it up Kalvin. Our amusement will end when you stop lying.

(More Korffing Assumption Documents to come)
Posted by Kal is an idiot at Monday, November 07, 2011 39 comments: