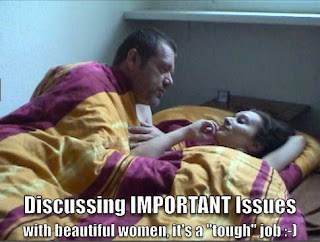 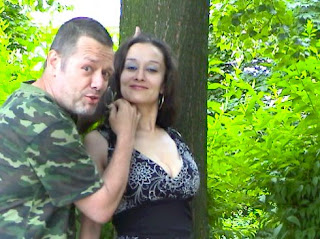 Well lads it looks like that bloody hypocrite Kal K. Korff is at it again. So Kal has now finally written one of his famously ill written articles. Kal goes into the place he goes the most by hopping on whatever is hot in terms of topics and Kal has jumped right aboard the recent brutal rape on a young girl in India and exploiting it for his own personal gain by trying to be some sort of women's rights champion. In this article that Kal has written he writes "Women are just props, and of course sexual objects to be conquered." Kal Korff a champion of women rights?  BOLLOCKS!!!!
Kal is known misogynist and an asshole known for using women as props and all one need do here lads is look at photos Kal was proud to show of himself exploiting women. And what about Kal claiming to use women spies as "honey traps" to use sex to lure in men. Please Kal you need to stop pretending to be some sort of advocate for women's rights. You stopped pretending to be a colonel Kal so why start pretending to be an advocate of women's rights????? Because you're a sick bloke Kal and you don't care about anyone but yourself and you'll hop on whatever wagon you can to feed your own miserable little sick ego.
Posted by Kal is an idiot at Saturday, January 19, 2013 33 comments: 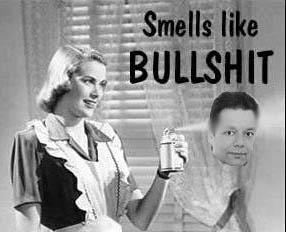 Let's get 2013 off to a good start here lads and revisit some of the utter bollocks Kal has tossed out there. Kal actually made the claim that he was the inventor of hypertext while working for Claris or apple or one of those places where his boasts far outweighed his actual job. Now all the chaps coming by here and reading know I do not know much about computers at all but I do know what rubbish this claim is! It is historical fact in the computer world that hypertext was indeed invented by a fellow named Ted Nelson and the term was coined by him in 1963!! Ironic that I would use hypertext to link the inventor of such but I digress lads.


So Kal must have the ability to travel back in time because he WAS NOT EVEN BORN when Ted Nelson coined the term and that blathering buffoon Kal was only 5 years old and probably still grunting out biggies in his diaper when Ted Nelson and one of his associates did indeed do the first computerized work on hypertext!!! ahahahhhaaaahhhaaahaha

Kal is bloody beastly isn'e he? I think when Kal was making all of these ludicrous claims and making up things he did not count on anyone taking a closer look. Can you imagine if someone had looked into his potty claims early on? Just to think if some of the brave folks here had not had the courage to take Kal to task who knows what else the mad man would have done.
Posted by Kal is an idiot at Tuesday, January 08, 2013 25 comments:

Kal and his dueling personalities

Best described in picture by none other than our very own FN!!!! 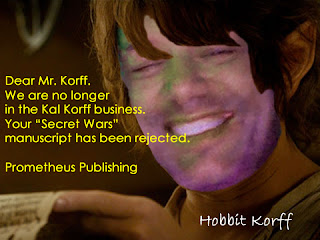 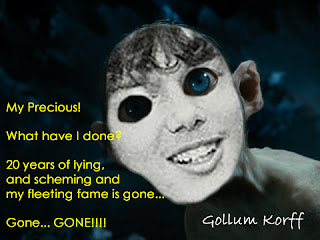