Kal Korff worked at LLNL? Yes and NO! 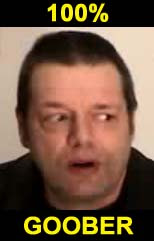 It seems that Kal Korff is an IDIOT reader and Internet blog writer and extraordinary video producer Kult of Kal has dug up some information on Kal Korff and Kal's claim of having worked at Lawrence Livermore National Laboratories.

Just so Kal can't slither his way out on this here is what Kal's own biography straight from the X zone radio program has to say - "A passionate and driven researcher, Korff has worked for companies such as Atari, Xerox, Apple Computer, Claris, The Boeing Company, and was a security-cleared Senior Systems Analyst, Level III, at Lawrence Livermore National Laboratory during the original U.S. Government-funded Strategic Defense Initiative or "Star Wars" program." And Kal on his Internet website stakes claim to the following "While at LLNL, Kal Korff had access to government information and projects. It was during this time in the late 1980s that Korff understood and saw firsthand that the so-called "Cosmic Watergate" (the so-called "UFO cover-up" because the U.S. Government has the remains of crashed saucers or their alien crew stashed away), essentially does NOT exist." Kal's big appearance on this Discovery program was a whopping sixteen seconds long!! Kal also claims he was an analyst at Boeing but considering what Kult of Kal has found and the fact that we are talking about Kal Korff here I have serious doubts about giving Kal any credibility where his self alleged "background" is concerned. What can you expect from Kal after all he is Kal Korff.

So what did Kult of Kal dig up on everyone's favorite moron?? Read all about it on Kult of Kal Internet blog. It explains why there is no official record of Kal ever working at LLNL and why the title Kal claimed to work there as does not and has never existed. Well it simply boils down to yes Kal did work at LLNL but did not work directly for LLNL as an employee or "analyst" as he boasts. No the sad truth here appears to be that Kal was little more than a computer maintenance person doing work through a contractor! So how does a lowly computer maintenance worker work on the Star Wars project and get access to top secret flying saucer files? They don't and this is one more excellent bit of information painting ever so clearer a picture of an idiot who wants to boast and huff and puff up his ego.


But to be fair about it all Kal only has to do one thing here and it is PROVE he did what he claimed to do at LLNL. Kal laid claim to it so it is up to him to prove his own claim as he demands of so many others. One more bit of KAL KORFF EXPOSED! I am quite sure that Paul Kimball's new Kal documentary has this all covered in it and the release month of April for the film is right around the corner. 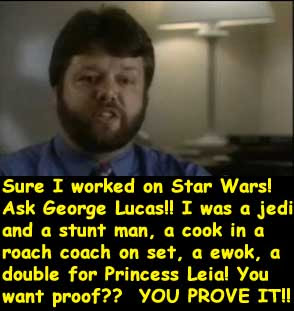 It was just awful and shameful reading as Kal Korff did the unimaginable by writing on his Internet website about some poor young woman named Jade who was dying from cancer and taking that poor woman's dire plight and using it to further his hateful agenda against Paul Kimball, Kevin randle and Royce Meyer. What in the bloody hell do any of them have to do with this poor woman? Unfortunately this poor woman passed away and all that cowardly sack of slime Kal could do was use her condition and the publicity she was getting for his own hate filled purposes. Kal Korff is a vile and spiteful low life who is willing to use a DYING WOMAN to further his agenda of HATE. How much lower can you sink Kal? I'm sure this is far from the bottom for Conniving Kal. You are an utter piece of shit Kal.

How many other DYING people or other tragic occurrences will you exploit to spread your hatred and jealousy? You weren't trying to make any sort of point with that Kal you were just trying to use someone's CANCER and their fifteen-minutes as an excuse to revel in your self loathing hatred. You are complete scum Kal. You are the worst of the worst. Not that it will ever happen because you don;t have the dignity or honor but you owe that woman and those you tried to bash in that ridiculous hit piece you wrote an APOLOGY!

And I see you are saying you're going to post yet another one of your video tirades soon. Where did you get a video camera Kal? what new little fish did you reel in? Is it yet another "supermodel" who was the third place "winner"? There is no such thing as a third place "winner" you fucking idiot. Maybe you went and stole a camera from Jade's hospital room? I doubt that happened because you wouldn't have the decency to visit her in the hospital and if you did it would not be anything but self serving with you.

Kal you are a waste of a human being. I often ponder the universe and wonder why a piece of shit like you is still breathing while good people die every day. Is this hate? Not at all. It is just a legitimate question about why someone like you who contributes nothing negative to the world is still around while other good people who have done nothing but bestowed kindness to others are not. You are utter vermin Kal now go crawl back in your hole.
Posted by Kal is an idiot at Sunday, March 22, 2009 11 comments: 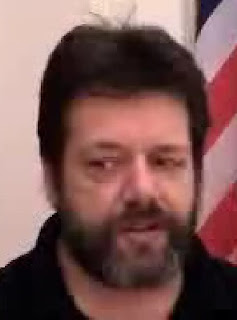 Rumors abound that a fantastic and disturbing documentary delving very deep into the strange life of Kal Korff will soon be making its way out to the public through various worldwide media outlets and at all the big film festivals. There are even rumors that there will be a massive bidding war over the documentary it is that shocking and shock seems to sell rather well these days in the film world.

The documentary of Kal Korff's wacky life takes you everwhere from Kal's childhood to the behind the scenes of his flying saucer days and onto a blistering no hold barred examination of Kal's claims complete with interviews from officials at Boeing, Claris, Apple, Lawrence Livermore labs, NASA, and more exposing the truth about Kal.

But it doesn't stop there!!!! Oh no!!! We also get to see official records from various government agencies and interviews from these officials as well as interviews with people who know Kal very very well.

Have I seen the film?? I think I'll go the no comment route on that question. :-) If I did watch such a film then I would have to guess that you can expected one of the most damning and in depth investigations done with no stone left unturned!! Seriously this film is without mercy as it documents the descent of Kal from the King that might have been to the troubled personality he is now. Kal has always seemed to want the spotlight and this film is guaranteed to give him the attention he wants so badly!!! OUCH!!!

Kal Korff proves why he DOESN'T have a high I.Q. 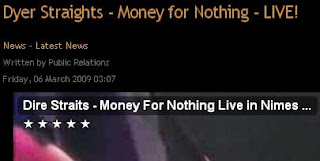 In the tradition of "udder" and "amerture" Kal Korff keeps providing proof about why he doesn't have a high I.Q. Since Kal can't can't come up with any new or original material because he is too busy obsessing over Kevin Randle, David Beedny, and having wet dreams about Paul Kimball and Royce Meyers, Kal is forced to put up videos from you tube on his Internet website.

So what does Mr. I.Q. do? He posts a video from the music group DIRE STRAITS but labels it as DYER STRAIGHTS!! ahahahhahhaaahaha!!!! KAL KORFF IS AN IDIOT!! What makes this all the more amusing is that the video is LABELED with the CORRECT spelling!!!! Just look at the picture I took from Kal's own website!!!

So Kal what exactly does "dyer straights" mean to you??? Is this someone who might apply dye with multiple accuracies in a straight line? Please Kal Korff you fucking idiot please enlighten us all as to what this means and how your "genius level I.Q." is beyond fathoming the simple menaings let alone spelling of these two words!!! ahahahhhahahahahhhaaaaa!!! Dire verses dyer and straits verses straights isn't hard for most people to figure out! But then again this is Kal Korff we are talking about here.

Kal you are an idiot in a league of your own, you truly are you little fruitcake. ahahahahahahaha!!!!!!

Kal Korff is a fucking idiot 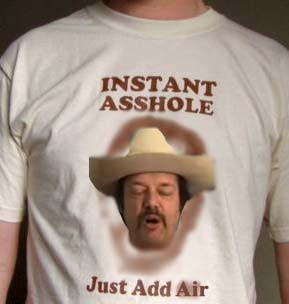 Kal Korff is a fucking idiot. The chap really is one of the most moronic and biggest bags of bullshit I have run across in my lifetime. Instead of promised material exposing everyone from Kevin Randle to Steven Spielberg, Kal keeps putting up these stupid you tube video clips to his Internet website and all without rhyme nor reason other than Kal is obviously easily entertained.

The thing I did notice is that fruitcake asshole Kal just CANNOT do anything without somehow using his twisted obsession to mention Kevin Randle and Royce Meyers in a 3 Stooges you tube video clip no less. Kal also is so screwy and so far over the edge that he CANNOT HELP HIMSELF at passing up on just about any and every opportunity to mention Kevin Randle, Paul Kimball, David Bieedney, Don Eker, Royce Meyers and a few others. Kal should have figured it out by now that there are easier ways to get a date if that is what he really wants.

What happened to the big time complaints to the Pentagon against Kevin Randle and wasn't Royce Meyers supposed to get "nailed" by now? Didn't Kal promise and-or threaten to sue Paul Kimball? Where are these news papers Kal claims make mention of and-or expose Don Eker? The way Kal boasts and squeals you would reason that by now with all his big tough guy talk that Kal would be dancing in the streets. While Kal certainly does march to his own little drummer boy Kal has FAILED and FAILED over and over AGAIN to keep his word about a many thing. Where I come from this is called a lie and I think most average ordinary people would agree that when you state something as fact and it does not occur or isn't true that this would be called a lie.

Is Kal so sick that he cannot do anything else but obsess over how he is going to get his twisted little revenge on a few people he thinks are evil because they all called Kal for the NUTJOB he is???? Obsessions can be rather un-healthy Kal and certainly bad on the old sanity though I suspect you really do not have too much of that left if any at all at this point.

So where are all the lawsuits and complains and arrests and features exposing all these people??? WHERE?????? Just as everyone knows they are no where to be found except in the imagination of a pathetic little man named Kal K. Korff who runs around wearing a cowboy hat pretending to be someone important.

You're a pathetic tub of bullshit Kal. PATHETIC.