Lads i think you should all know that kal K. Korff NEVER lectured at the International Astronomical Union's General Assembly held in Prague in 2006. This is but another sad bit from Kal that has a grain of truth imbedded in a much larger falsehood. Kal used his media credentials from Metropolitni Expres to access the event as a "journalist" and used the opportunity to for a picture of him at the event with a microphone in hand. This microphone was for questions from the press and Kal was NEVER a lecturer let alone an actual participant at the event.

A man named, Kal K. Korff, is making a claim that he gave a talk, or a lecture at an International Astronomical Union conference held in Prague in the mid 2000's, maybe 2006'ish?

I was hoping you could assist me in confirming that Kal K. Korff did indeed give a speech at this event. If you can not, do I need to send my question to some one else?


Response from the man in charge:

I appreciate the person asking the question and getting an answer but it was not me so I am not sure why my KIAI is in the post.  Not a problem though lads. So there you have it with more bullshit from kal.
Posted by Kal is an idiot at Friday, February 17, 2012 40 comments:

Kal K. Korff on the run? 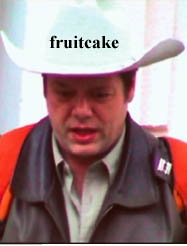 Well lads looks as though poor desperate Kal Korff has gone aloft from all. He knows there is a big pack of information about to be released about him that will FOREVER EXPOSE him and EXPOSE HIS LIES for all to see.

Comments lads? Thoughts? Stories? Come one share all!!
Posted by Kal is an idiot at Monday, February 13, 2012 12 comments:

A tribute to a true Koffer!