Co op ed piece not on the road, not playing paintball and calling war games in Afghanistan when it is actually in Prague and certainly not hallucinating about being an anti terror agent like that fruitcake Kal Korff.

Well well well now here is the world's biggest pile of scum dishing out the bullshit again.  Poor dumb desperate deluded Kal K. Korff is at it again. This time cyber liar Kal appears to have invented a new charity since he could not keep his own story on the road.  So Kal tries to sell chaps far and wide the idea that he is now a CEO of yet another organization!! ahahahahahaha Kal must be in the Guinness book of records for the man holding the most CEO titles ever. ahahahahahahahahahahahhhhaaa!!!

So I present you to you lads a tale of woes and lies and of a madman as told by one of our very own posters FN exposing cyber liar Kal K. Korff AGAIN!!!! haaahahhhaaahahahaahahaha!! You are your OWN WORST ENEMY Kal!!! ahahahhhaaaaa!! Another Kal K. Korff kon job EXPOSED!!!!! 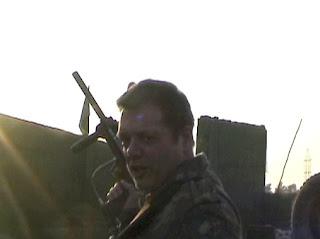 Our war game exercises included a FEMALE Indian sharpshooter who is a gold medalist in their country, she's a VERY nice lade. Another marksman who was a bronze medalist. It was interesting to see the different tactics Israel uses compared to India. In India and Pakistan they count their ammo, and measure each shot, as in shoot sparingly and try to get their targets with one shot. Since I am trained the Israeli way, this means to just open fire and advance while firing, so that the target is pinned down and cannot move nor dare show itself. As you advance you keep firing until you are on top of the target and it is then destroyed. The result was interesting...NO "casualties" on the Israeli side of things, the other side suffered mega hits. It was fun and educational. Often other personnel were taken out, leaving sharpshooters exposed and not exactly in the best position for them. It was quite a contrast."

I know a chap who is an actual sniper and he and I had quite a laugh at the barmy rubbish Kal is saying. My sniper friend told me that Kal was arse about face where military tactics were concerned. What brought an even bigger laugh was that the photos I was sent showing Kal during these faff war games is this turns out to be nothing but a BIG GAME OF PAINTBALL!!!!! ahahahahahahahahah!!!!!!!  My sniper friend says that no actual military person would ever train with paintball guns. He also said there would be no way for a true 'sharpshooter' to train with a paintball gun and that Kal is a gormless smeg. It was also pointed out that were this a true military exercise that none of the chaps involved would be wearing standard green uniforms and would instead be outfitted with desert appropriate wear and colors. My sniper friend got a rather good

It is not practical, at least in my opinion, to do one shot, one kill in this situation. I prefer steady firepower, because it paralyzes the potential enemy. Then you advance while the target is trapped and trying to survive. By the time you are within point blank range it is too late for said target. I have seen many such engagements, especially with tracers used on the mix, the poor person on the other end does not stand a chance. It is always easy to revert to one shot, one hit, but it is more risky, since one is more exposed and it is hard to cover 180 degrees in front of you at times.

In my exercise, I was pinned down by three very different types of soldiers, so I had to take out all three. I went after the two and SAVED the sharp shooter for last. The sharpshooter should have been peppering me while I was laying mega rounds on them, but I kept suppressive firepower going across the 180 sweeping back and forth and just advanced like there was no tomorrow, using combination os Israeli tactics mixed in with some good ol American improvisation. :-)"

My sniper friend also told me that a true sniper would be so far away that Kal's tactics of charging in would have resulted with Kal being put paid to and that a true military exercise would involve the use of actual weapons and that training with a paintball would be detrimental to a soldier's training. Pants all the way here lads. Pants. 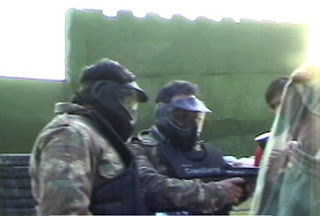 A word from the wise that you would do better to spend a penny than believe a word Kal Korff utters. Everyone had sussed Kal a long long long long time ago. How does that wanker Kal live with himself?????????

Paintball!  ahahahahahahaahhhhaaahahahahahah!  How daft!!!  ahahahaaa Please Kal do go running into combat with a paintball gun and you would b doing the world a favor you self serving diddling wonky swine. 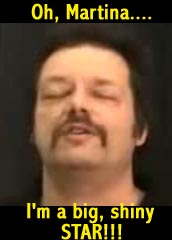 Welcome lads welcome! Yes it is true that I am launching a new reality show and it is called Is It Really True Or Just More Bullshit?  I am now frantically and furiously filming away for the launch of the first episode where we find out if Kernal Kockroach's claims are true or just bullshit. Gads! I should just save time by calling the show Utter Bullshit.  ahahahhhaaahahha

Poor, dumb and desperate Kal must be quite eager for some attention these days since no one will ever take him seriously. A whole 176 views for a video Kal has on You Tube? ahahahahhhhhaaaa  And that bloated sack of nuts Kal actually thinks anyone will believe that he is filming a show? ahahahahahahaha

No one is laughing with you Kal. Get a clue. And we are not your 'kritics' but we are agents of reality you nutty little tool.
Posted by Kal is an idiot at Friday, November 19, 2010 82 comments:

I thought it time for you chaps to have a new posting for you to discuss Kernal Kockroach. I see that much has remained the same and the utter bollocks of Kernal Klap continue in his usual merry and clueless fashion.  I really do not know what else to say here lads so I will let you all march on. And this Guy fellow is cracked for this idea of letting Kernal Korknuts have at the air. Since Kal can't even get on that awful X zone radio program I am sure Kal is delirious with the thought of someone being foolish enough to give him the time of day on any show. Bad idea there chap.
Posted by Kal is an idiot at Tuesday, November 09, 2010 47 comments: