days past last promise to release

Listen to Kal Korff drone on and one. Better yet, wait for the Korffing Syndicate's edit to be released soon. You go Kalvin, by the looks of the soundcloud page; no comments, no downloads, I'm sure this "radio" show will further along your world domination.

Also, many of you may remember that we reported on Korff's Facebook wall and that he no longer identifies himself as married. Korff's high school friend asked him about this and Korff responded that he's still married and that this part of his life has nothing to do with his public life, and he removed it from his profile. Now following the bouncing ball... During the first 19 minutes of his "show" Korff thanks many dozens of people in his life. Who didn't Korff thank... that's right folks, his Punjab wife. 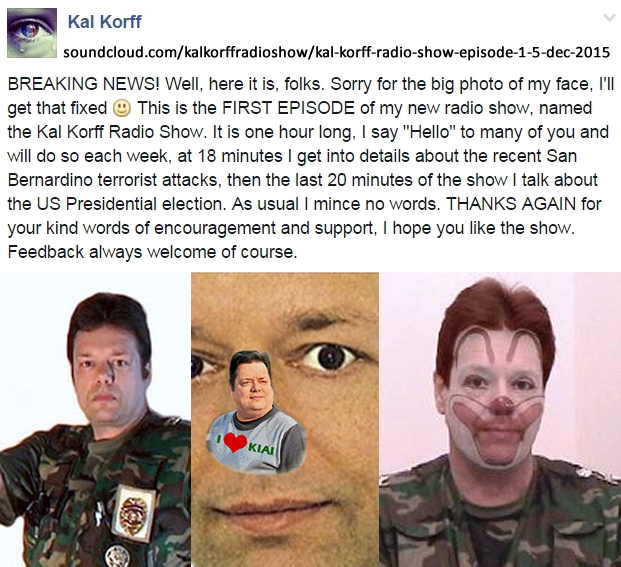 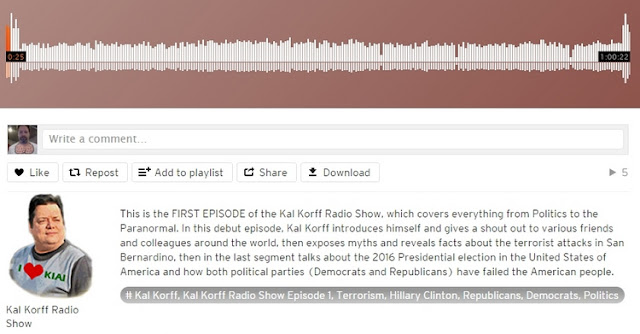 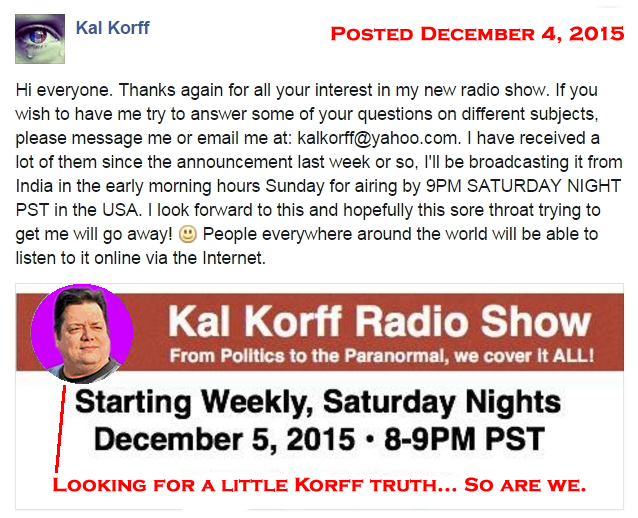 More of the same horseshit. Ask yourself; why wouldn’t Korff know the web site address, now? Of course he does, he had to sign up, to get locked into whatever web site and platform the “show” will be “broadcast” from. Korff goes  on to say he'll post the locations... Remember when Korff said he had many web sites and they all hosted different information, lie. I wonder what Korff means by "locations"... iTunes, Youtube, a link to these from his locked down Facebook wall... See how this works Korff, you've been at this game for so long you can't even lie very well anymore, if ever.

Lauri Eid: Waiting for instructions on how I listen to you over here in Northwestern Iowa, USA. Showtime is getting very close. Are you excited? For the throat...pineapple juice and honey. Break a leg!

Kal Korff: I will use Cayenne Pepper, my old standby. Using it in Prague (where I learned about it) kept me from getting a cold for eight years. Then I finally got one after I came to India, despite Prague's Moscow type winters.

As soon as I have the link info and locations I'll post it. 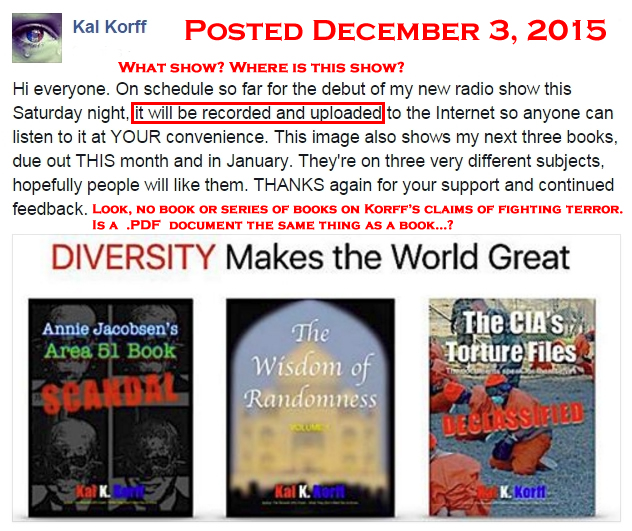 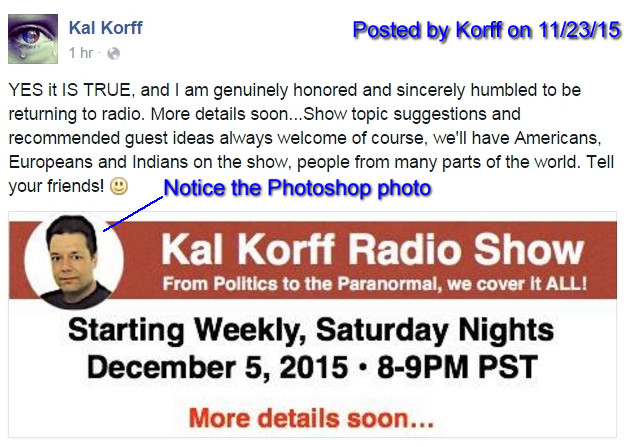 Posted on November 25 - Korff states that in a “couple days” he’ll have more details. 8 days later, no more details. The Syndicate is hoping, beyond all hope, that this “radio” show will happen. Let your imagination run wild about the phone and Skype calls Korff will receive. 2 days to go in America, 1 day to go in India... Korff, make this happen.

Kal Korff: Thanks everyone. Thanks for your kind words, private messages, emails and support, I really appreciate it. In a couple of days I will have more details, I'll be covering everything from politics to the paranormal, and there will be many exposes as a regular feature. More info soon...
Like · Reply · November 25 at 9:53pm
Posted by Kal Israel at Thursday, November 19, 2015 45 comments:

The Korffing Syndicate just wanted to throw some love out to our own WAG. Thanks for helping us monitor this lunatic.

Another book, or series of books release promise.

Kal Korff:  The latest version of Mac OS X, El Capitan, let's me watch video and enjoy this concert while I get my work done, which is the final read and sign off of my NEXT EXPOSE BOOK which should be out in 14 days or so.

Is Kal K. Korff "still" married? This frame grab from Novemeber 5, 2015 calls this into question... This did say married just a few weeks ago. Say it ain't so bunky! 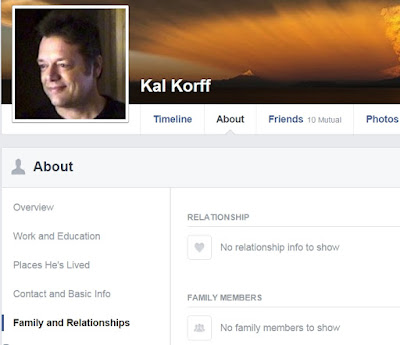 The only job Kal K. Korff is qualified to... handle. 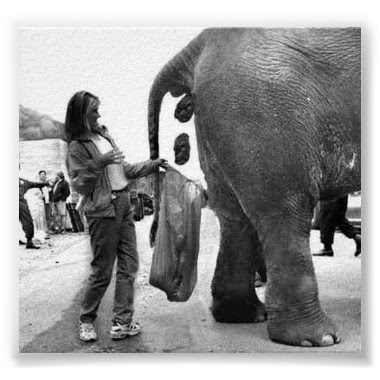